OAS Chief Under Fire For Removal Of Top Rights Official 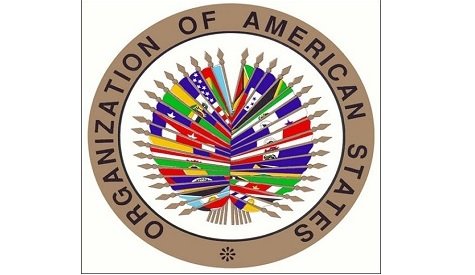 MIAMI (AP) — An ombudswoman for the Organization of American States is facing criticism that she assisted Secretary-General Luis Almagro in a widely condemned effort to remove the region’s top human rights official, The Associated Press has learned.

Neida Perez is required to operate independently from the Washington-based organization’s leadership to act as a sounding board for its employees and act as an impartial arbiter to resolve workplace disputes.

But in recent days, she stepped into the middle of a bitter feud between Almagro and the leadership of the Inter-American Commission of Human Rights, or IACHR, the region’s top rights watchdog.

Almagro on Aug. 15 informed the IACHR that he would block its unanimous decision taken seven months earlier to extend Brazilian rights activist Paulo Abrão’s mandate as head of the autonomously run commission. The decision came on the same day Abrão’s four-year contract was set to expire.

Human rights defenders and the United Nations immediately condemned the move as a threat to the IACHR’s independence. But Almagro dug in, saying he was defending mistreated employees who filed 61 complaints against Abrão and the commission alleging favoritism, conflicts of interest and impunity for employees accused of sexual harassment.