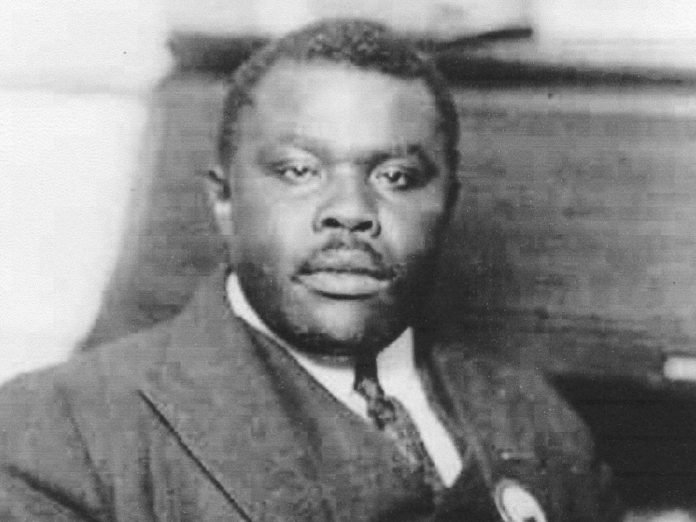 CASTRIES, St Lucia (CMC) – Leaders of the Organisation of Eastern Caribbean States (OECS) have agreed to co-sign a letter being sent to United States President Joe Biden as they announced their support for the continued advocacy efforts for the posthumous exoneration of Marcus Garvey, the Jamaican-born Black nationalist and leader of the Pan-Africanism movement.

Garvey was known as the founder of the Universal Negro Improvement Association (UNIA). Formed in Jamaica in July 1914, the UNIA aimed to achieve Black Nationalism through the celebration of African history and culture.

Garvey was born in St Ann’s Bay, Jamaica on August 17, 1887, the youngest of 11 children. To facilitate the return to Africa that he advocated, in 1919 Garvey founded the Black Star Line, to provide transportation to Africa.

But in 1922, Garvey was arrested in the United States for mail fraud in connection with the sale of stock in the Black Star Line. He was sent to prison and later deported to Jamaica. In 1935, he moved permanently to London where he died in June 1940. In 1964, his body was returned to Jamaica where he was declared the country’s first national hero.

A statement issued by the St Lucia-based OECS Commission said that the leaders of Antigua and Barbuda, Dominica, Grenada, St Lucia, St Vincent and the Grenadines, St Kitts-Nevis, Montserrat as well as Anguilla and the British Virgin Islands discussed the Garvey issue at their recently held summit.

It said that the request was made by former Prime Minister PJ Patterson of The PJ Patterson Centre for Africa-Caribbean Advocacy at the University of the West Indies Mona Campus, as the Centre prepared to launch an appeal to Biden for the posthumous exoneration of Garvey.

“The efforts are being supported by the Marcus Garvey Institute, which launched a petition making the request of President Biden. The petition to posthumously exonerate the late Marcus Garvey is seeking 100,000 signatures in the month of February (Black History Month), a milestone that will trigger a response from the US President Joe Biden.

As part of their contribution towards this effort, the OECS Heads of Government agreed to co-sign a letter addressed to President Biden calling for the posthumous exoneration of Marcus Garvey. The heads also agreed to lead a National Appeal for signatories to the petition in their respective countries,” the OECS Commission said.

Grenada’s Prime Minister Dr. Keith Mitchell, who is also the OECS chairman, has pledged his full support towards the efforts and has encouraged citizens and organisations to get behind the campaign.

In St Vincent and the Grenadines, Prime Minister Dr. Ralph Gonsalves has launched a Memorandum addressed to the people of his country, the Caribbean, Africa, the United States and the wider global community, calling for support for the campaign.

“Garvey, by his thoughts, ideas and deeds, is in the top drawer of the pantheon of heroic personalities in our hemisphere and globally. We must honour and revere him and his main body of work. We must support his exoneration,” Gonsalves wrote in the Memo.

OECS Director General, Dr. Didacus Jules has added his voice to the campaign, making a special appeal to the US President in support of Garvey’s exoneration.

“Mr. President, I am respectfully urging your consideration for the posthumous exoneration of the Hon Marcus Mosiah Garvey a National Hero of Jamaica and an outstanding Caribbean Leader, who, in the early twentieth century, built the largest ever mass political movement of black people globally – the United Negro Improvement Association (UNIA).

Hon Garvey was unjustly convicted for “mail fraud” in the United States, served nearly three years of a five year sentence before being deported to Jamaica. In my personal capacity as well as in my official capacity as Director-General of the Organisation of Eastern Caribbean States (OECS), I respectfully appeal for his posthumous exoneration,” Jules wrote.

The OECS Commission said it is urging all citizens, organisations, civil society and residents in the diaspora to join the efforts to exonerate “one of the all-time great leaders in the Caribbean and globally”.