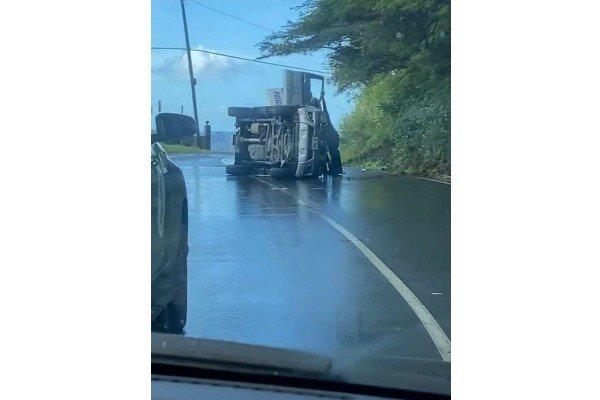 One video shows the police vehicle overturned on its side with the front and rear doors being held open by an officer at the scene.

Another video shows an officer being assisted towards an ambulance whilst limping and wearing a neck brace.

At the time of publishing, the WINN news team has not been able to confirm the particulars of the event including the location, the time, the injuries of the police officer or if anyone else was involved in the incident.

Watch the footage below