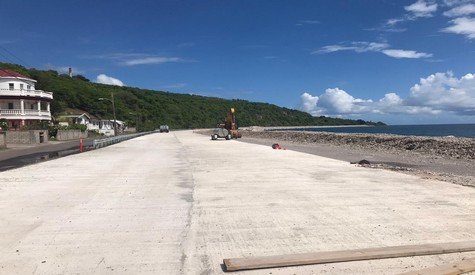 The Old Road Rehabilitation Project that began in March 2019 and was scheduled for completion 12 months later is now nine months past the initial estimated completion date and on track for another delay.

The EC$32 million project was previously delayed because of an issue with the quarry, but Richards indicated that the road was opened during an emergency.

Richards described the opening of the road as a good investment. He gave no indication as to when it will be permanently open to the public even though it is described as being ‘substantially completed.’