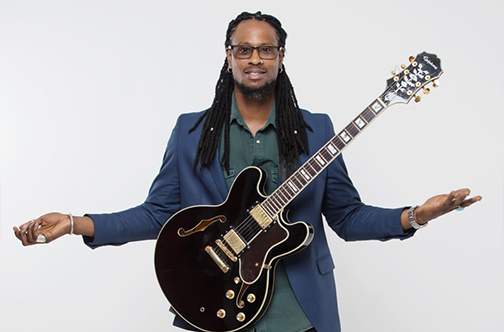 St. Kitts and Nevis (WINN): Recording Artist Omari Banks from Anguilla talks about his new single “Educate Us”, which dropped on July 2.

Banks said the song is a more conscientious piece in the vein of “Roots Rock Reggae.”

“The message is really about us as people, as black people especially, for us to wake up to the realities of who we are as a people… Once you wake up to the realities of that, I think that a lot of things that I believe we need to put in place; whether it be on a society level, individual level or even on a [governmental] level that would help us [go] forward on the decisions that we make. So “Educate Us” is really a plea and a cry for us as a people to wake up.”

Banks made those remarks during the July 16 broadcast of Island Tea hosted by Jade Johnson, Azem Bailey and Kevon Hanley.

The description of the Youtube states that “Educate Us” delivers to all forefronts, from the melody to the lyrics, it will strike a chord to the soul of fans and music lovers.

The last song the former cricketer released was “Nah Drop Out” nine months ago, which he says was a different song than he’s used to releasing but has been doing well.

“It’s on YouTube; it’s still going [well] over 300,000 views, I think so far, so that’s really cool. We [continue] to push that… That was a kind of a different sound… It wasn’t a live performance feel… kind of a dancehall feel, so it [was] good to do something a little bit different.”

As it pertains to the entertainment industry in Anguilla, Banks said that over the last couple of months, it has been tough.

“It’s been tough. I mean, I’ve been… away one or two times, to travel and perform in the US when things got a little bit better over there, and I’m actually travelling for a couple of days in the next few days as well… but on [the] island, it’s been tough… in terms of the economy and that kind of thing but in terms of cases and deaths and stuff like that we haven’t had any [deaths] and so that’s a blessing in itself.”

Check out the full interview with Banks here: