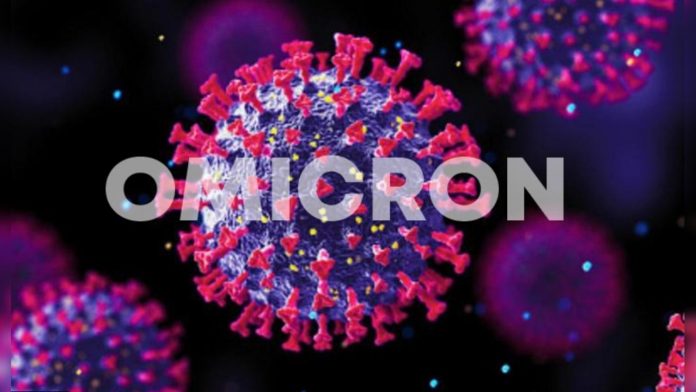 (Sky News) The UK Health Security Agency has designated the Omicron variant sub-lineage, known as BA.2, as a variant under investigation – but current case rates are very low.

Just 53 sequences had been identified in the UK by 10 January, according to the UKHSA, which said it was doing further analysis.

Initial studies from Denmark – where it’s quickly taken hold and now makes up around half of Omicron cases – show no difference in hospitalisations between ‘original’ Omicron and BA.2.

Vaccines are also expected to be effective against BA.2 in fighting severe illness, according to Danish health officials.

However, more data is needed to test whether it could be even more transmissible.

The UKHSA’s incident director, Dr Meera Chand, said the altered form of Omicron was not unexpected as it is “the nature of viruses to evolve and mutate”.

“Our continued genomic surveillance allows us to detect them and assess whether they are significant,” added Dr Chand.

BA.2 is S-gene positive – which may make it harder to show up as Omicron than BA.1, which accounts for 99% of cases.

S-gene target failure helps identify Omicron and can be picked up PCR tests because as a rule Delta cases have the S-gene and Omicron cases don’t.

Some 2,093 sequences of BA.2 had been recorded on an online database from 22 countries – including the UK, the HSA said last week.

Denmark’s Statens Serum Institut, part of its ministry of health, has said hospitalisations appear to show no difference for the two Omicron lineages but that “analyses regarding infectiousness and vaccine efficiency etc. are ongoing”.

“It is expected that vaccines also have an effect against severe illness upon BA.2 infection,” it added.

Some experts have said it’s possible the sub-lineage could spread quicker than ‘original’ Omicron.

“Consistent growth across multiple countries is evidence BA.2 may be some degree more transmissible than BA.1,” tweeted Tom Peacock, a virologist from Imperial College London.

“Unfortunately this is really where the evidence mostly ends – we do not currently have a strong handle on antigenicity, severity or a much evidence for how much more transmissibility BA.2 might have over BA.1 – however we can make some guesses/early observations.”

As coronavirus cases fall in the UK, England’s R number range has dropped significantly in the latest UKHSA estimates, moving from 1.1-1.5 to 0.8-1.1.

This suggests the pandemic is shrinking or staying roughly level.

Meanwhile, latest data from the Office for National Statistics (ONS) show decreases in people testing positive for COVID in most of the UK nations in the week ending 15 January.

Around one in 20 are estimated to have had the virus in England, one in 25 in Wales, and one in 20 in Scotland.

Northern Ireland showed an increase in the two weeks to 15 January, also with an estimated one in 20 infected, but the ONS added the trend in the latest week was “uncertain”.