On Harry & Meghan Gonsalves says: “Let The Ball Go To The Wicketkeeper” 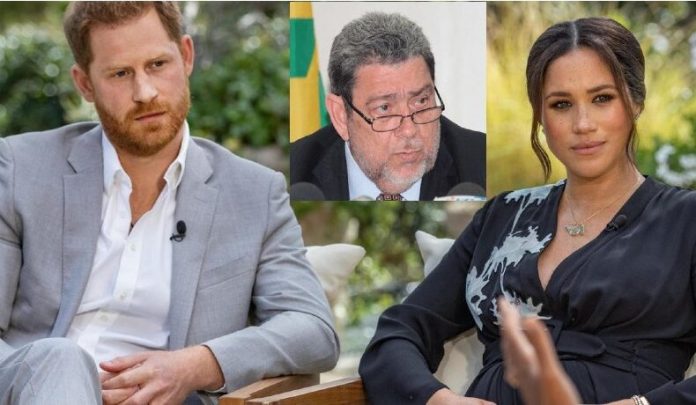 St. Vincent and the Grenadines (News784) – Prime Minister Ralph Gonsalves has voiced his opinion on the recent Megan and Harry interview.

Gonsalves said he was asked about it by many persons, and the simple answer is that he did not watch it.

At the particular period, the prime minister opted to watch a classic movie that was appropriately titled “Last Train From Gun Hill”.

Gonsalves said if you look at the western media, or elsewhere there is a lot of preoccupation with the interview.

He says all of the persons involved are of worth and merit, but he has COVID, Vaccines and Jobs to handle.

“You know the old cricket masters tell you, and you watch them play, when a ball is moving outside of the off-stump going towards slips, you just pad up and let the ball go through to the wicketkeeper”.

And that’s it, Gonsalves said.

Gonsalves said everyone knows he campaigned in 2009, with respect to her majesty, for a homegrown non-executive president.

However, there was non-acceptance; I respected the democratic verdict and moved on, Gonsalves said.