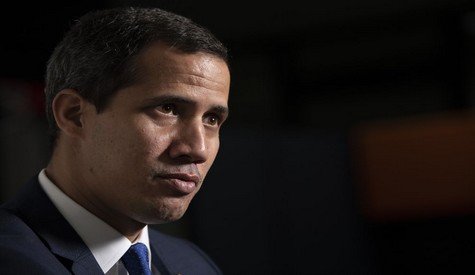 PORT OF SPAIN, Trinidad (CMC) — The Movement for Social Justice (MSJ) is questioning the motive behind the visit of United States Secretary of State Michael Pompeo to the Caribbean and is urging regional countries “to stand their ground on the well-established principles of international relations and to let the Government of Guyana know that it must not allow itself to be used as a pawn in the US agenda of regime change in Venezuela”.

Pompeo arrived in Guyana on Thursday night following a visit earlier during the day to Suriname.

A State Department release said that Pompeo during talks with President Irfaan Ali yesterday would discuss the impact of the crisis in Venezuela on Guyana as well as sign an agreement that will permit Guyana to improve its investment enabling environment so that the country can benefit from transparent infrastructure investment that respects the country’s sovereignty.

The MSJ, which unsuccessfully contested the August 10 general election here, said it is “very concerned about the motives and the timing behind the visit”, adding that a US secretary of state’s travels overseas are never arbitrary decisions.

“There is always an agenda — for good or bad —behind such visits to other states. What then is the US agenda for this visit to Guyana?

“It certainly can’t be to get to know the country! Is Pompeo’s visit to Guyana to congratulate the newly installed Government? That can hardly be the reason as a simple letter and/or phone call would suffice. Is it to demonstrate that Guyana is now a firm ally of the US since it was one of just two Caribbean countries to openly endorse Mauricio Claver-Carone, the US deputy national security adviser for Latin America and Donald Trump’s choice to be the new president of the Inter-American Development Bank (IDB)?”

The MSJ said that the election of “someone who is deep in the US security apparatus as head of a ‘development’ bank is truly a contradiction but is this sufficient reason for Pompeo’s visit. We think not.”

It said that the major geopolitical agenda item for the US in this region is Venezuela and that President Donald Trump has made no secret of his desire for regime change in Venezuela.

“It has tried every trick in the book from unilateral sanctions meant to totally cripple Venezuela’s economy to a mercenary invasion. The US has given extensive backing to Juan Guaido — its choice to replace President Maduro in the event of regime change.”

The MSJ said it has noted the various strategies implemented by Washington to remove Maduro from office, adding “none of these have succeeded in the regime change wanted by the US.

“The last option for Trump is a direct military attack on Venezuela, something that both he and Pompeo have openly touted as being on the table. A military invasion just before the November presidential elections in the US is perhaps what Trump needs to boost his chances of winning. Indeed, he has spoken of an October surprise. Is this it?”

MSJ said that with Guyana bordering the South American country “one can easily conclude that a logical agenda for Pompeo’s visit would be to enlist Guyana in a US plan for a military invasion.

“With Colombia already being complicit with the US plans for regime change and the Bolsonaro Government in Brazil being another Trump ally, Venezuela would be completely surrounded if Guyana was to agree to allow its territory to be used by the US for a military intervention,” the MSJ added.

It said that would be totally unconscionable. It would run counter to Guyana’s long held position of respect for the sovereignty of nation states and the non-interference in the internal affairs of another state.

“Let us not forget that Cheddi Jagan, founder and leader of the now ruling Peoples Progressive Party (PPP) was an avowed ‘anti-imperialist’. It would be an absolute rejection of the Caribbean Community’s (Caricom) position that the Caribbean shall be a zone of peace. And it would cause irreparable damage to Caribbean unity and to the institution of Caricom, not seen since the US invasion of Grenada in 1983.”

The MSJ also noted that this is Pompeo’s second visit to the Caribbean this year, having first travelled to Jamaica where the then Caricom chairman and Barbados Prime Minister Mia Mottley as well as her successor, Prime Minister Dr Ralph Gonsalves were not invited to the talks.

“These PM’s were centrally involved in efforts to bring about a negotiated settlement of the conflict in Venezuela, contrary to the US position which is for regime change — the ousting of the democratically elected President Maduro by any means.

“The MSJ calls on regional governments to stand their ground on the well-established principles of international relations and to let the Government of Guyana know that it must not allow itself to be used as a pawn in the US agenda of regime change in Venezuela.

“We certainly hope that the Government of Guyana will not sell its soul for a mess of pottage, even if that is a ‘sweetener’ in the form of a greater, albeit fairer, share of wealth from the massive oil finds by US giant Exxon,” the MSJ added.