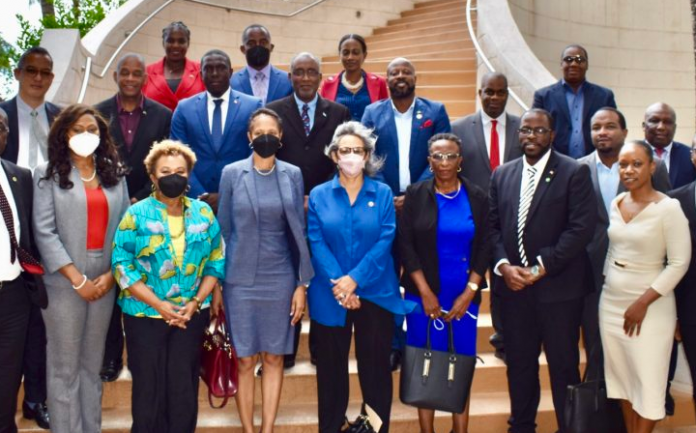 (Barbados Today) Twenty legislators from Barbados, the Eastern Caribbean, and the United States gathered at the Hilton Barbados for a governance workshop hosted by the U.S. House Democracy Partnership on Saturday, April 23.

U.S. House Representative Barbara Lee opened the workshop saying, “The House Democracy Partnership is a bipartisan organization founded more than 15 years ago, and we work to support effective, independent, and responsive legislative institutions.” She explained, “It’s a two-way street. The United States is a work in progress. There’s much unfinished business in our own country, and we want to move toward ‘a more perfect union.’ Learning best practices from you is extremely important.”