Pacquiao Eyes Philippine Presidency as he Fights for Boxing Crown 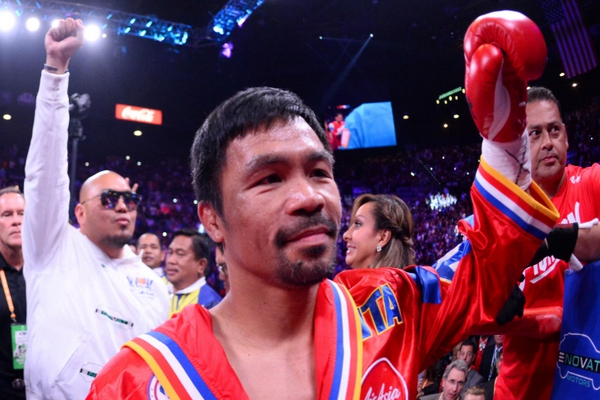 Manila, Philippines – Manny Pacquiao, the eight time world boxing champion and senator of the Philippines, takes on Cuban Yordenis Ugás in Las Vegas on Saturday night in a high-stakes fight that could kick-start his campaign to be his country’s next president.

While 42-year-old Pacquiao has been focusing on politics over the last two years, reclaiming his former boxing title as the welterweight champion of the world would serve as a reminder to Filipinos of the rags-to-riches life story of a man who won their hearts – and votes – during his athletic prime.

“After the Las Vegas fight will be the biggest fight of his life in May of next year, and if he wins [over Ugás], it will only add more mileage and inspire the people more to support him.”