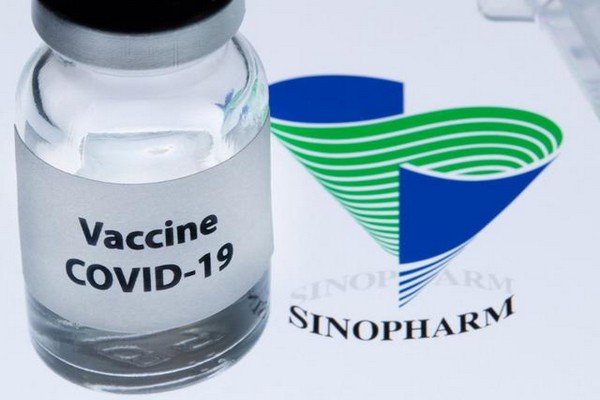 (CMC) The Pan American Health Organization has said that the Chinese-made Sinopharm COVID-19 vaccine has been approved by its Emergency Use Listing (EUL) after “rigorous evaluation by independent experts” as it sought to re-assure the public about the efficacy of the vaccine.

The move by PAHO follows a front page story in the Sunday Express newspaper which said it had utilised the services of a local laboratory “to conduct antibody titer tests to analyse the level of antibodies in persons who are fully vaccinated with the Sinopharm and AstraZeneca vaccines.

The newspaper article has been criticised by Prime Minister Dr. Keith Rowley, who said “this must be the worst piece of irresponsible journalism I have ever seen.

“In a pandemic, where thousands of doctors and many international agencies and hundreds of thousands of newspapers and other media entities are present and reporting, the Express has made the discovery as published, to undermine a vaccine which might very well be a victim of geopolitics.

“Where is the science here? Who are the people responsible for this data set being published in this way? It’s not only embarrassing it is downright destructive and worrisome.

“Who will be fired here? To attempt to undermine a nation’s vaccination program in a pandemic is nothing short of criminal,” Rowley wrote on his FaceBook page.

The Chinese Embassy here in a statement defended the vaccine saying the conclusions of the Sunday Express newspaper were based on a “crude and amateurish study” with only four samples, and is thus a complete farce.

“We are glad to see that the medical lab referred to in the report immediately issued a disclaimer against this report, emphasising that, “scientific analysis and opinions should be left for professionals and those qualified to do so and must be based on facts”.

The Embassy described the story as a “most irresponsible media report,” adding that the article blatantly ignored many world-recognised scientific research, distorted the facts, violated journalism ethics, created public panic and meant to undermine the resolve and actions of the Trinidad and Tobago people in their “brave battle” against the pandemic.

“We deeply deplore and firmly oppose this media report, urge relevant parties to immediately rectify its wrongdoing, take concrete measures to undo the damage, and not to move further down the wrong path,” the embassy said. ”

“On December 2, 2021, the samples from two additional persons were examined: a 56-year-old male who is fully vaccinated with Sinopharm (second dose on July 3, 2021), and a 38-year-old female fully vaccinated with AstraZeneca, second dose on June 30, 2021. The male had a patient value of 9.28, whilst the female had a value of 503,” the newspaper added.

It said “minimal and extremely rare adverse events have been reported since the vaccine’s introduction in the general population”.

PAHO said 69 countries have approved the use of the Sinopham vaccine including the United Kingdom. It said among the countries that recognize the Sinopharm vaccine as valid proof of vaccination are Austria, Australia, Cyprus, Canada, Finland Greece, Iceland, Netherlands, Spain, Sweden, Switzerland and the United States.

“PAHO/WHO deems a person fully vaccinated after receiving the full series of two doses or one dose (of the one dose) EUL approved vaccines. Without the two doses, a person is not considered fully vaccinated and is susceptible to severe disease, hospitalization and death. Millions of people have been fully protected by the Sinopharm vaccine around the world and to date, there is no data to suggest that the Sinopharm vaccine is ineffective against COVID-19. “

PAHO said in October, the World Health Organization (WHO) issued a recommendation that persons aged 60 or older who received two doses of Sinopharm receive a third dose of any EUL-approved vaccine, since the initial immune response is not deemed sufficient.

“PAHO/WHO reassures the public that all EUL-approved vaccines are proven to be effective in preventing severe disease, hospitalization and death. Infection can be prevented through booster doses in the case of Sinopharm AND the rigorous application of the mitigation measures: washing hands, wearing masks and the practice of physical distancing. One does not work without the other,” PAHO added.