PAHO – Mu Variant not a Threat to the Region 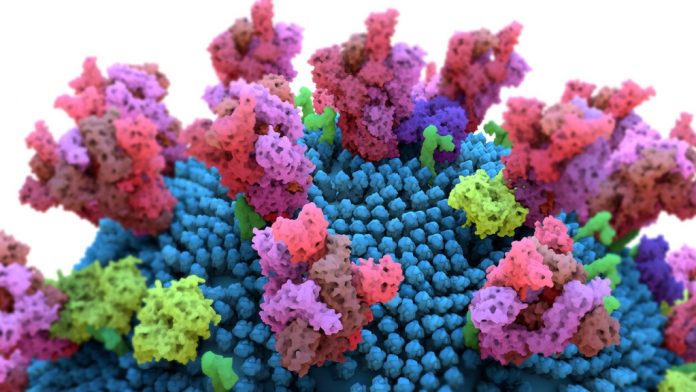 St. Kitts and Nevis (WINN) – Thirty-nine countries in the region of the Americas have detected the presence of the new Variant of Interest (VOI) Mu in their population, according to the Pan American Health Organisation (PAHO).

Some of those countries include Costa Rica, Ecuador, Mexico, Chile, Peru, Argentina, Aruba, the Cayman Islands, Haiti, the U.S Virgin Island and St. Vincent and the Grenadines.

Even with that startling figure, Dr Jairo Andres Mendez Rico, a virologist with PAHO, says the Mu variant is not of concern within the region.

“This variant has been circulating at least since January this year, and no particular impact in transmission or [mortality] has been demonstrated so far, we can expect the sporadic detection in other countries, including the Caribbean, of course, but we have no sufficient information to say what the impact may be particularly under the circulation of different variants of concern, where the increase in transmissibility has been actually demonstrated.”

Mu became a VOI on August 30 but has been in circulation since January 2021 within the American first being officially detected in Columbia.

Considering the circulation of the Delta variant and its journey to becoming the most predominant variant globally, naturally, people are curious as to what makes a Variant of Concern (VOC) and what determines a promotion to a VOC?

“To be considered a Variant of Concern, [it] has to be demonstrated with solid evidence … that the virus is in fact, or transmissible whether it has the capacity to invade the immune response, or to generate more severe disease. None of these [has] been demonstrated so far for Mu,” shared Dr Mendez Rico.

Earlier in her report, the Director of PAHO, Dr Carissa Etienne, addressed the fluctuation in infection and hospitalisation rates across the Americas. While the U.S. saw an increase in case count and hospitalisations, countries in South America have seen a decline in cases.

“While new infections are dropping the Caribbean, we’ve seen a rise in COVID related deaths across many islands, including St. Maarten, Jamaica and Puerto Rico. COVID infections are rising in Costa Rica, Guatemala and Belize. Over half of hospitals across Guatemala are over capacity as they care for COVID patients. Meanwhile, infections continue to drop across South America, although there is a mild increase in cases in Venezuela.”

The Director echoed previous sentiments that vaccine equity and accessibility is still the major problem driving the low vaccination coverage within the region generally, despite some countries doing well individually.

Dr Ciro Ugarte, Director of Health Emergencies was asked to address the drop in cases and deaths in South American countries, except for Venezuela where there is a plateau. PAHO is working with health authorities and governments in those countries to study their trends.

Dr Ugarte gave an estimation of why he thinks the countries have seen a decline in cases and hospitalisations.

“Countries started implementing more strict measures regarding [the] movement of people, mandatory use of masks and distancing, and they also brought in vaccination to other priority groups, especially those who were at higher risk. All of this may explain, partly why this is so.”

However, he went on to warn those countries not to forget the nature of COVID-19.

“However, we all know, and we have seen that when cases decrease it is because we are doing things right. In other words, we are implementing public health measures that have proved… over and over again that they do work. The worst thing that could happen, and could happen to the countries in South America, is that now that they are seeing fewer cases, they will begin to relax their measures because that is the opportunity the virus is waiting for to increase transmission with the appearance of variants that are more transmissible… This will lead also to the appearance of new variants because that’s the nature of the virus. We’ve seen it many times.”

Dr Ugarte ended by warning nations not to let their guards down.