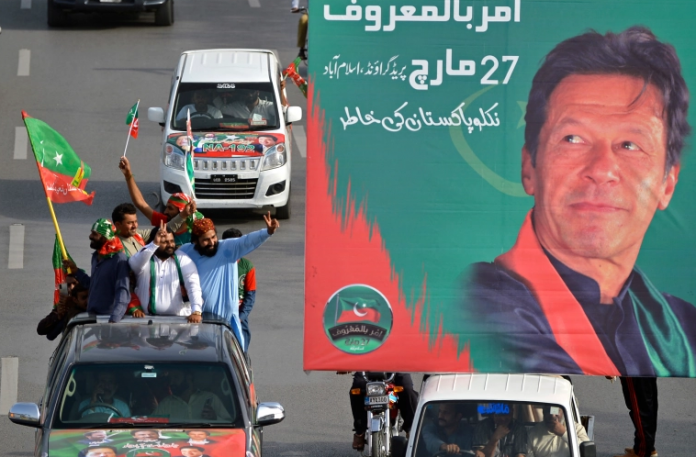 (Al Jazeera) Islamabad, Pakistan – Pressure is growing on Pakistan’s embattled Prime Minister Imran Khan to step down after a crucial ally switched to the opposition ahead of a no-confidence vote in parliament.

“The decision to part ways with the government has been endorsed by the party’s coordination committee,” senior MQM-P leader Aminul Haq, who is a federal minister in Khan’s government, told reporters at a news conference in Islamabad on Wednesday.

“We have submitted our resignation from the federal cabinet,” he said.

Khan, 69, a former captain of Pakistan’s national cricket team, came into power in 2018. With MQM-P’s exit, the ruling alliance is now left with 164 votes.

Khan needs 172 votes in the 342-seat National Assembly to defeat the no-confidence motion moved by the opposition, whose numbers have swelled to 177 with nearly two dozen PTI legislators deserting Khan.

No Pakistani prime minister has ever completed his term in the country’s 75-year history, marred by frequent coups by the country’s powerful military.