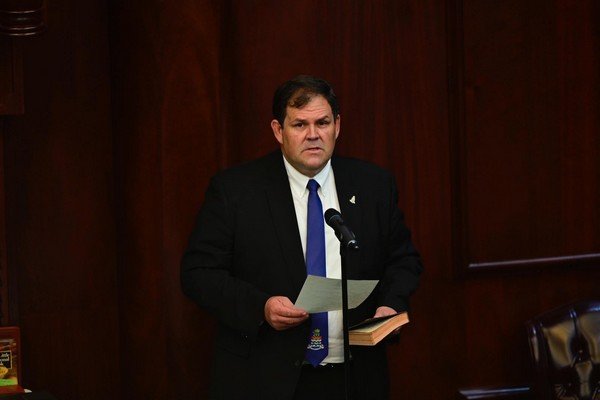 (Cayman Compass) Wayne Panton was officially confirmed as the new premier of the Cayman Islands on Wednesday afternoon, vowing to unite the country and build a fairer Cayman.

The independent MP for Newlands was the only person nominated for the role as the 19 new Members of Parliament met for the first time since last week’s general election.

Dressed in a black suit and purple tie, Panton gave a brief smile of satisfaction as he accepted the instruments of office from Governor Martyn Roper, bringing to an end a tumultuous week in Cayman’s political history.