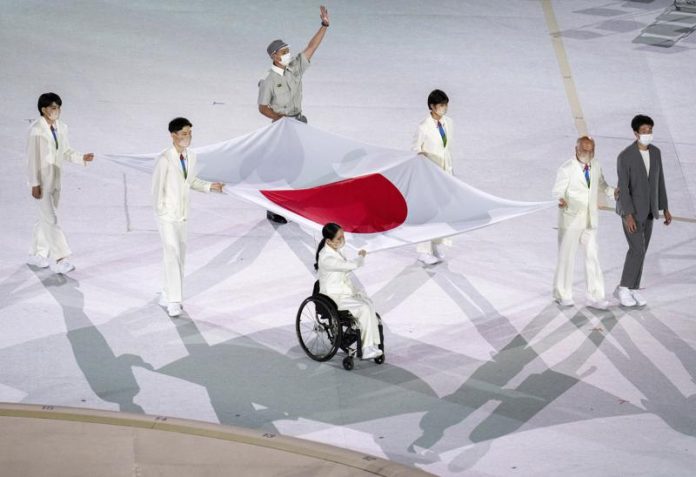 TOKYO (AP) — The Paralympics began Tuesday in the same empty National Stadium — during the same pandemic — as the opening and closing ceremonies of the recently completed Tokyo Olympics.

Japanese Emperor Naruhito got it all started again, this time under the theme “We Have Wings.” Among the few on hand were Douglas Emhoff, husband of U.S. Vice President Kamala Harris, International Paralympic Committee President Andrew Parsons and International Olympic President Thomas Bach.

It was a circus-like opening with acrobats, clowns, vibrant music and fireworks atop the stadium to mark the start of the long parade of athletes.