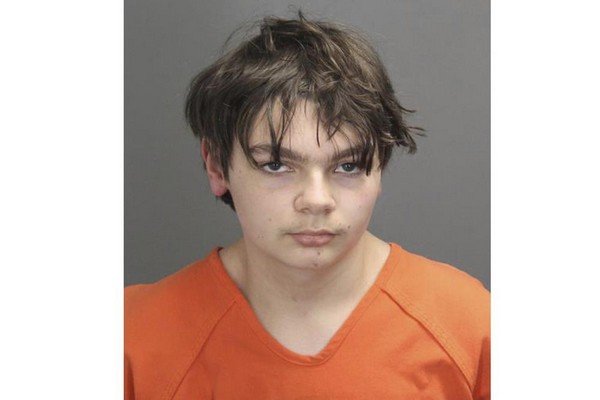 Dec 3 (Reuters) – Prosecutors are expected to announce on Friday whether they will charge the parents of a 15-year-old Michigan boy who fatally shot four classmates at his school earlier this week.

Ethan Crumbley, a sophomore at Oxford High School about 40 miles (60 km) north of Detroit, faces numerous counts, including murder, and is being held without bond after an arraignment on Wednesday. He has been charged as an adult.

County prosecutors have scheduled a news briefing for noon EST (1700 GMT) on Friday to provide an update on the investigation.

It was not immediately clear what charges the parents, James and Jennifer Crumbley, could face. Oxford County Prosecuting Attorney Karen McDonald, who has said she is considering charging them, has suggested they were negligent in allowing their son access to the gun.

Unlike some states, Michigan does not legally require gun owners to keep their firearms secured from children.

Authorities have said James Crumbley purchased the semi-automatic handgun four days before it was used in the shooting, which also left six students and one teacher wounded.

Parents are rarely charged in connection with children’s school shootings.

The attack was the deadliest school shooting this year, according to Education Week, and marks the latest in a decades-long string of mass shootings at U.S. schools.

Investigators said the attack was premeditated, citing videos Crumbley recorded the night before in which he talked about shooting students, as well as a journal recovered from his backpack that described his intent to murder classmates.

Crumbley either had the gun in his backpack or had stashed it somewhere on school grounds, based on an analysis of school video footage that showed he never left the building after arriving that morning, Oakland County Sheriff Michael Bouchard told CNN on Friday.

Bouchard said earlier this week that school officials met with Crumbley and his parents on the morning of the shooting to discuss “behavior in the classroom that they felt was concerning.”