Parties in talks to join forces 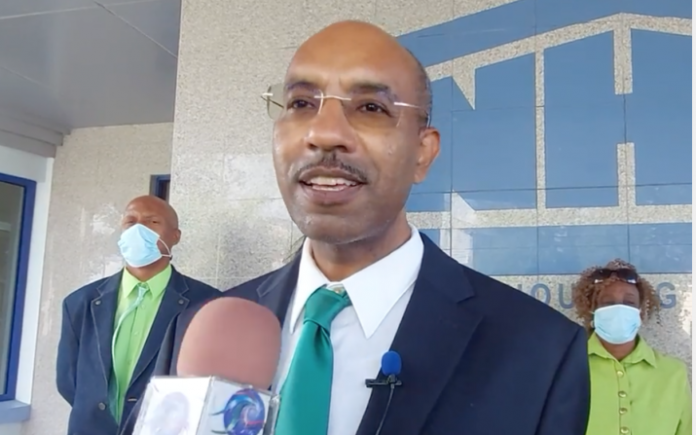 (Barbados Today) Barbados could have yet another coalition party contesting the January 19 General Election.

Leader of Solutions Barbados Grenville Phillips II announced today that his party will be forming a coalition with three other undisclosed political parties to contest the upcoming general election.

Speaking to the media at the National Housing Corporation (NHC) where four Solution Barbados candidates paid their deposits in order to contest the January 19 General Election, Phillips said that hopefully by the evening of December 31, his party would have 30 candidates to cover all the constituencies.

“We are currently looking at a coalition so you will learn more about that tomorrow. So, there will be a coalition of parties. It will be a Solutions Barbados coalition of other parties. They agree with our policies and therefore that’s why there is the coalition, because they agree with them and we will move forward on those policies…probably three [parties].

While no confirmation was given, it is understood the coalition is likely to include leader of New Barbados Kingdom Alliance Lynroy Scantlebury.

In an exclusive interview late Thursday, Scantlebury would only reveal that talks are currently underway with “like-minded” individuals to form a unity party for the opportunity to serve Barbados.

Maintaining the need for a new leader of this country, Scantlebury held no punches in his criticism of the performance of the ruling Barbados Labour Party (BLP) government over the last three years. Describing it as “horrible” he charged that the BLP, under the leadership of Prime Minister Mia Mottley, was “on the verge of being labelled as the worst political party we have had in a very long time”. From what he believed were untruths told to the public, to alleged internal attempted coups, the “abrupt” retirement of sitting members of Parliament, a vaccine fiasco, and so on, Scantlebury contended that Barbadians are witnessing a level of political chaos and errors never seen in Barbados before.

“When you had the chief medical officer stating that the safe zones are in place, then you have the minister come back and said somebody jumped the gun. You had a situation where vaccines were to be purchased [for government] and you have the Minister of Education in the knowledge of it but the Minister of Health he doesn’t know what is going on. It is all of these little things that suggest to us that there have been very serious errors along the way,” he said.

He indicated that this coming D-day is the chance for voters to “get it right”. According to the religious leader, who was unsuccessful in his two previous bids at the polls, this time around is even more important than any other time in the history of elective politics in Barbados for several reasons. He indicated that one of the major reasons was that, in his opinion, if nothing goes unchanged Barbados’ current trajectory lends to a morally bankrupt society.

At the same time the Solutions Barbados President who will not be contesting any seat this election, stressed that based on the ruling Barbados Labour Party’s (BLP) performance over the last three and a half years, it is foreseen that the rich will remain wealthy, the middle-class will go into poverty and the poor will go into desperation.

Phillips said this is why constituents must vote for Solutions Barbados-endorsed candidates to see changes in some of the Government’s policies. He said Solutions Barbados is the only party willing to address issues of corruption.

The Solutions Barbados candidates who paid their deposits today were Robert Toussaint who will be running for the St Michael Central seat, Kenneth Lewis who will be contesting the Christ Church West seat, Angela Edey who is seeking to represent the constituents of St Michael West Central and Pauline Corbin who is going after the Christ Church East seat.