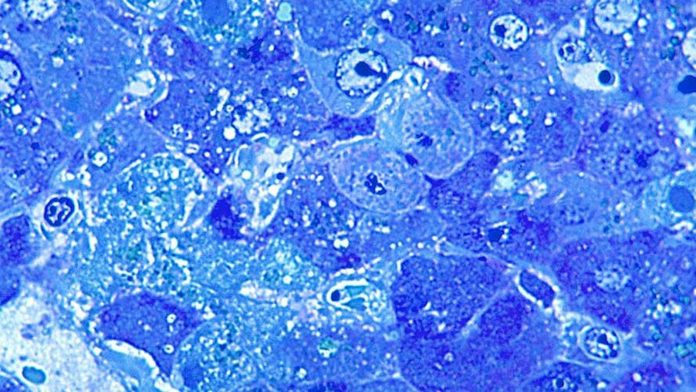 (Sky News) A patient has died after a third case of Lassa fever was confirmed in the UK, health officials say.

The person died at Luton and Dunstable University Hospital in Bedfordshire, following the discovery of two other cases of the Ebola-like virus in the east of England which were announced by the UK Health Security Agency (UKHSA) on Wednesday.

All three cases are members of the same family and are understood to be linked to recent travel to west Africa, where in some parts the animal-borne acute viral illness is endemic.

The UKHSA said: “We are contacting the individuals who have had close contact with the cases prior to confirmation of their infection, to provide appropriate assessment, support and advice. The risk to the general public remains very low.”

A Bedfordshire Hospitals NHS Foundation Trust spokesperson said: “We confirm the sad death of a patient at our trust, who had confirmed Lassa fever. We send our deepest condolences to their family at this difficult time.

“We will continue to support the patient’s family and our staff and are working closely with colleagues from the UK Health Security Agency to undertake a robust contact tracing exercise.”

Lassa fever is caused by Lassa virus. Prior to these latest cases, there have been eight cases imported to the UK since 1980.

Last cases in UK were 13 years ago

There was no evidence of onward transmission from any of these cases, said the government.

In November 2019, three British nationals were brought back to the UK from Sierra Leone for medical assessment after coming into close contact with two people diagnosed with Lassa fever.

One of the two Dutch nationals, who contracted the virus while working in the west African nation, died.

Lassa fever is usually caught from exposure to food or household items contaminated with the urine or faeces of infected rats.

It can also be transmitted through contact with infected bodily fluids.

According to the US Centres for Disease Control and Prevention (CDC), it is endemic in parts of west Africa including Sierra Leone, Liberia, Guinea and Nigeria.

In some areas of Sierra Leone and Liberia, 10-16% of people admitted to hospitals annually have Lassa fever, demonstrating the serious impact the disease has on the region.

About 80% show no symptoms, while others experience a fever with aches and pains that can progress to headaches, vomiting and diarrhoea.

In severe cases there may be facial swelling, fluid in the lung cavity, bleeding from the mouth, nose, vagina or gastrointestinal tract and low blood pressure.

Deafness occurs in 25% of patients who survive the disease.

In half of these cases, hearing returns partially after one to three months.

The illness was discovered in 1969 and is named after the town in Nigeria where the first cases occurred.