Patriots Make it Four in Four 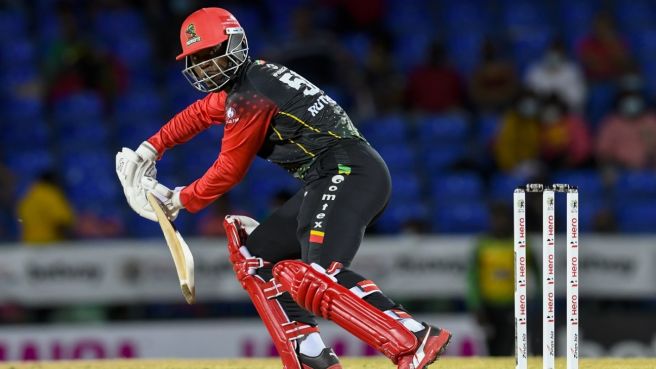 The Patriots won the toss and Skipper Bravo inserted the Jamaica Tallawahs.

Kennar Lewis looked set for another cameo, but perished on 13.

Thereafter, the Jamaica batting struggled in the middle overs, but some late order hitting from Carlos Brathwaite and Migael Pretorius, helped to get them to an eventual, respectable 166.

This time around, Andre Russell failed to get going.

In response, Evin Lewis as usual, showed serious intent at the top of the innings, but with Chris Green applying some pressure with his four overs going for a miserly 15 runs, it was anybody’s game.

That was until, Fabian Allen joined Sherfane Rutherford.

Allen struck a forceful 30 not out from just 12 balls and Rutherford slammed his third half century of the tournament, in just 26 balls, again undefeated.

The Patriots won with all of 14 balls to spare.