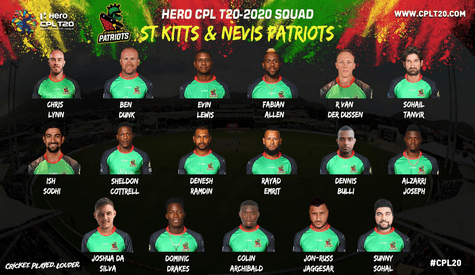 St Kitts and Nevis (WINN): Several big-name players are set to line up for the St. Kitts and Nevis Patriots when the 2020 Caribbean Premier League tournament gets underway in Trinidad and Tobago in August.

Currently, the tournament is set to be played in its August/September window despite the Coronavirus pandemic.

Caribbean Premier League organizers are awaiting the approval from the Government of Trinidad and Tobago to stage the entire tournament in the twin-island nation – at the Brian Lara Cricket Stadium and the Queens Park Oval.