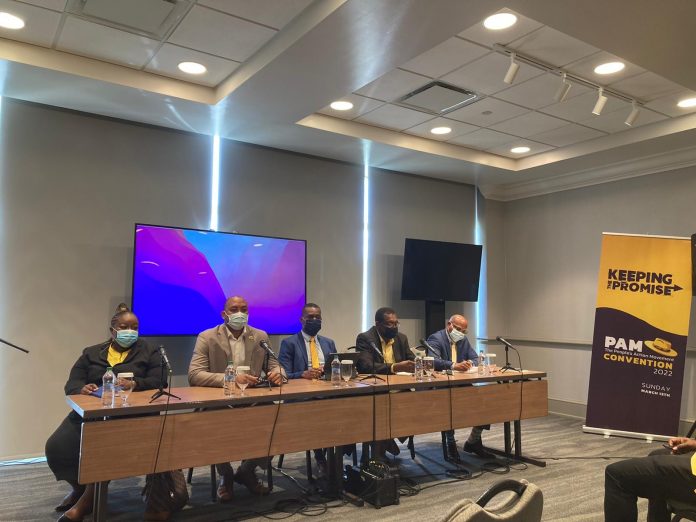 St. Kitts and Nevis (WINN): When will we see the launch of Candidates representing the People’s Action Movement (PAM) in Constituencies 3, 6 and 7?

Responding to that question posed by WINN Fm, party leader, the Hon. Shawn K Richards said the People’s Action Movement is committed to the coalition.

Richards added, ” I want you to take that answer in the context of the answer that I just gave, relative to the commitment of term limits and persons demonstrating that by their actions. We have demonstrated by our actions thus far that we are committed to Team Unity by not launching any Candidates in Constituencies 3,6 and 7. Again, action speaks louder than words.”

PAM’s Leader reiterated that his party stands on principle and if there is something which affects that particular principle, which goes against the core of those principles, then the People’s Action Movement will take different action.

The Party Leader also expressed his confidence that there will be a new leader for Team Unity at the next St. Kitts – Nevis General Election, as those were the stipulations advocated for on the inception of Team Unity prior to the 2015 general elections.