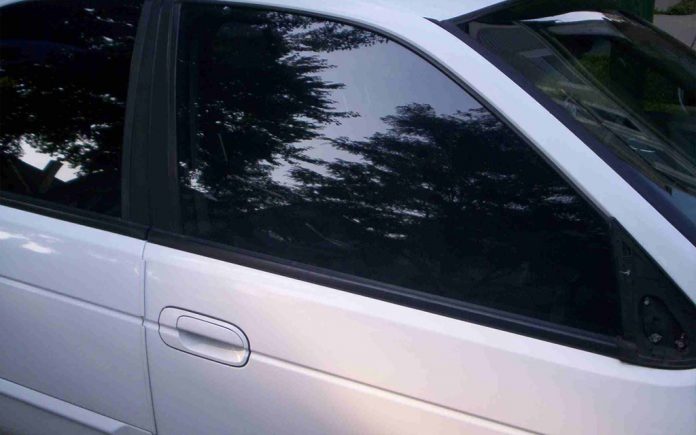 St Kitts and Nevis (WINN): The Traffic Department of the Royal St Christopher and Nevis Police Force is encouraging motorists to adhere to the laws that relate to the tinting of vehicles. Speaking on WINN FM’s Island Tea on Monday morning May 9, Sergeant Sophia Henry said more and more vehicles have been seen with tints; not only on windows but on windscreens.

Sergeant Henry used the opportunity to share the guidelines that motorists must follow, as it relates to tint laws.

“The tint is supposed to be 35 percent, and 65 percent of light is supposed to be passing through. Even if you come with a factory tinted vehicle, it does not make sense for you to put tint on it, because it’s going to carry it (tint percentage) down to less than 35.”

The Police Sergeant also warned that curtains in vehicles is an offence, as it also obscures the view. She noted, however, that only a hearse or an ambulance is exempted in this regard.

Any motorists who wish to have their vehicle tinted dark should follow the law and file an application to the Minister of National Security, Prime Minister Dr. Timothy Harris.

“If you want your vehicle tinted dark, you must apply to the Minister of National Security and you must have that letter on you when the police pull you over.”

Sergeant Henry further explained that once pulled over by the police for tint and permission wasn’t granted by the Minister of National Security, the cost of the ticket is 150 dollars. However, if the ticket is not paid for by the stipulated time and a case is heard in the Magistrate Court, that can result in the motorist paying more than the original cost of the ticket. She added that any motorist who fails to comply with the order to remove the tint and also acts aggressively can be arrested or have their vehicle impounded.

Motorists are urged to comply with the stipulations of the Vehicles and Road Traffic Act. Section 62(6) of the Act provides that the windows and windscreens of motor vehicles shall not be tinted darker than 35 percent light transmittance. In the case of rentals, no tint is permitted on these vehicles.