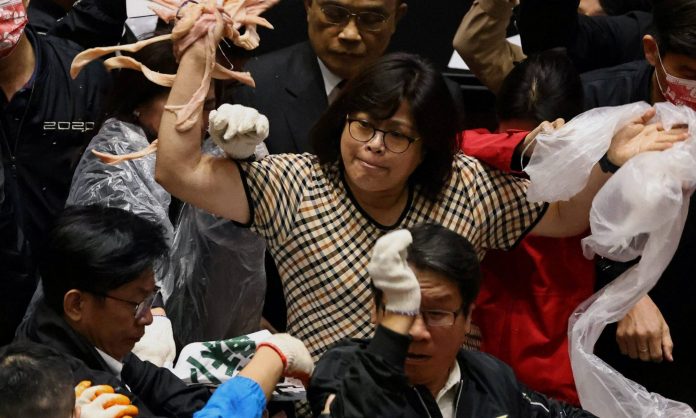 (BBC) Taiwan’s opposition legislators have thrown pig guts and exchanged blows in parliament amid a heated row over the easing of US pork imports.

They say a recent government decision to allow the import of US pork containing ractopamine – an additive banned for pig use in Taiwan and the European Union – is a health threat.

The ruling party denies the charge and called for a return to rational debate.

It is not uncommon for brawls to erupt in Taiwan’s parliament.