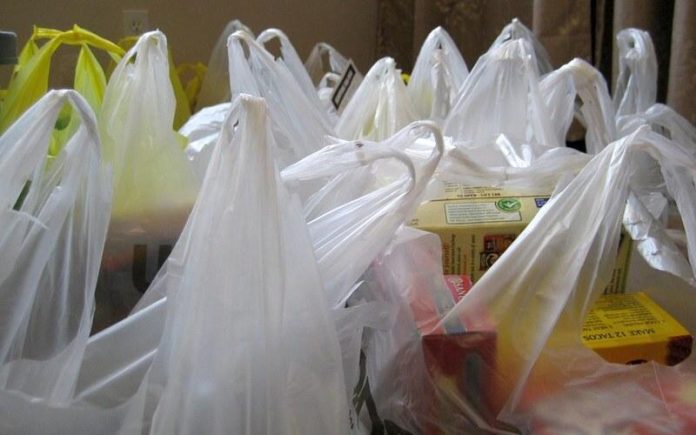 St. Kitts and Nevis (WINN) – The Ministry of Tourism and the Solid Waste Management Corporation are using the rest of July to advocate against single-use plastics.

The primary objective behind the movement against single-use plastics remains its impact on the environment.

Inita Lake, the Collections Manager with the Solid Waste Management Corporation (SWMC) during the Traffic Talk segment of Island Tea spoke about some of the health concerns that single-use plastics have on the environment. Lake touched on the long term effects of single-use plastics and provided a practical example using reusable containers.

Lake said that while it is convenient to buy a bottle of water, it would be more cost-efficient to use reusable containers to transport water or tea. Lake also encouraged reusable shopping bags for grocery shopping.

She also spoke about the concern the SWMC had as it relates to plastic pollution in the sea.

Lake explained the plastic has a sizable impact on the local fish supply chain. Considering the supply of fish that comes from our waters to our supermarkets and our tables.

“We are concerned about all those plastics that are going into the ocean. Over and over again, we keep saying when the fishes eat the plastic, we eat the fish, and so we are eating plastic… [we want to encourage our people to try and avoid using plastics as much as possible using plastics]… Like I said, it’s convenient to just go and grab, but at the end of the day, your health is also at risk,” she said during the July 20 broadcast of Island Tea.

The Plastic Begone Campaign is being held under the theme Single-Use Plastics: Low-Cost High Price this year.

In response to the theme, Sustainable Tourism Coordinator in the Ministry of Tourism, Kenny Manning said in an interview with SKNIS, “Sometimes people look at the initial upfront costs of things. In terms of the price of plastics, it is cheap, it is convenient, and of course, there are benefits overall.”

He further added that in the long road, a higher price is paid with community and beach cleanups, health issues, the pollution of our marine environment and the loss of plant life and fish life.

In the release from the information service, it also announced some activities being observed for the month of July, which includes online quizzes, awareness videos, and a panel discussion to be scheduled.