Players Walk Off in Protest Against Alleged Racism in Champions League 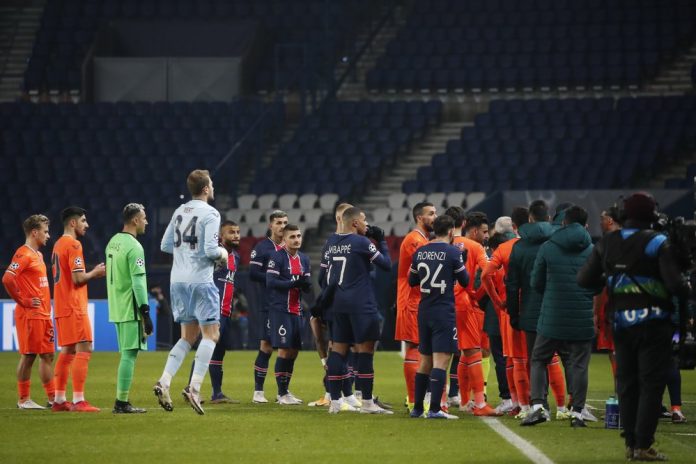 (AP) In a powerful protest against alleged racism, players from Paris Saint-Germain and Istanbul Basaksehir walked off the field during a Champions League game on Tuesday and didn’t return after a match official was accused of using insulting language about a Black coach.

On a night when English giant Manchester United was eliminated after a 3-2 loss at Leipzig, the PSG-Basaksehir game in the same group never finished as the players from the visiting Turkish team refused to come back out on the field because the same group of officials would still be in charge.

The remaining minutes of the match will be played on Wednesday with a new set of match officials, UEFA said, following discussions with the clubs after one of the most controversial incidents in the competition’s history.

The score was 0-0 after 14 minutes when the game was stopped because Basaksehir assistant coach Pierre Webo accused the fourth official, Sebastian Coltescu of Romania, of using a racial term to describe him. It sparked a commotion in the technical area that led to Webo being sent off by the referee.