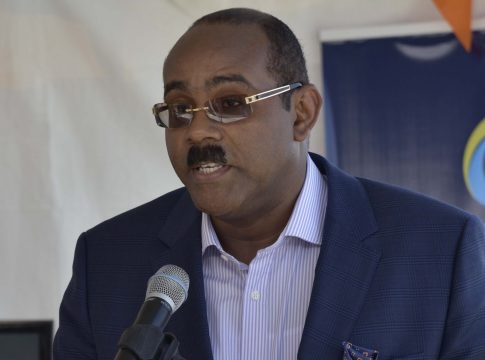 by Robert Emmanuel (Antigua Observer) Prime Minister Gaston Browne has issued a warning to the unions representing ex-LIAT (1974) workers cautioning against any further delay in agreeing on a settlement.

On Tuesday, the Prime Minister responded to a question by a former LIAT worker at a town hall meeting held in the St John’s Rural North constituency.

According to the resident, who stated that she was a former cabin stewardess, many workers are concerned over the lack of progress made in the negotiations.

Prime Minister Browne noted that the government will continue to negotiate in good faith with the unions, but warned that he was contemplating engaging directly with the former workers.

Government has previously offered ex-staff half of their entitlements in cash, land and bonds.

“The Antigua and Barbuda Workers Union that represents a significant amount of the staff continue to insist their workers will not accept the 50 percent; they have said that they will settle for nothing less than 100 percent,” Browne said.

“So, what I was advised by the staff of LIAT is that we should negotiate bilateral deals with the staff and forget about the unions.”