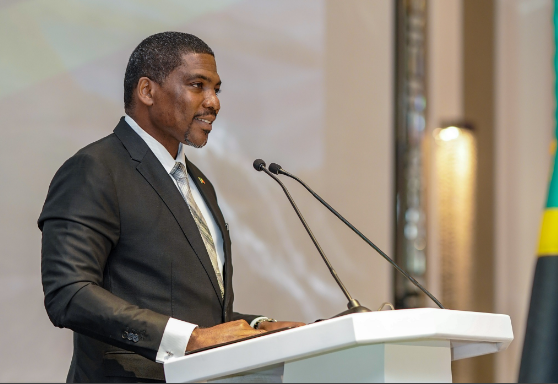 St. Kitts and Nevis (WINN) – The Prime Minister, Hon. Dr Terrance Drew, in a statement shared by his Press Secretary, refuted a statement attributed to him in a paid press release disseminated on ‘Businesswire’ and other news sources about Hamilton Reserve Bank.

The statement from the Prime Minister’s office reads –

The Prime Minister, upon being notified of the article today, had this to say: “it is highly improper for any company to pay for the international publishing of a quote which I did not make. The general public must know that I did not make any comment about Hamilton Reserve Bank publicly or privately, in Dubai or otherwise.”

The press release on Businesswire reads, “Prime Minister Dr Drew commented, “We are proud to have Hamilton Reserve Bank as the only banking presence in the Middle East from our country serving customers and introducing contacts. St. Kitts and Nevis welcomes new citizens and new investments.”

The article’s headline is “Hamilton Reserve Bank Dubai Branch Welcomes Saint Kitts and Nevis Prime Minister As the Only Middle East Banking Presence from the Federation.”

Associates Times, a Miami-based news organisation, reported that authorities confirmed the event in Dubai was organised for CBI programme consultants and immigration agents.

No banking-related persons were invited.

According to Associates Times, both Sheeba and Sandeep attended the event at the invitation of AAA Global Incorporation and Trust Inc. The company’s website says AAA Global Incorporation and Trust Inc. was founded in 1994 in Nevis (St. Kitts and Nevis) as NTL Trust Ltd and has been operating as a duly licensed, fully regulated leading global business registration and trust services provider.

The business is also an authorised agent of the St. Kitts and Nevis CBI Programme.

The Prime Minister was in Dubai on his first working visit, which also featured a Cocktail Evening event put on by the Embassy of St. Kitts and Nevis in Abu Dhabi and the United Arab Emirates (UAE), where the St. Kitts and Nevis Citizenship by Investment Programme’s “Evolution” was unveiled.