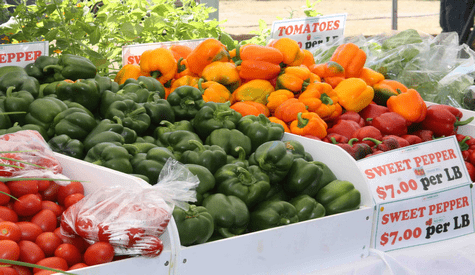 BASSETERRE, St. Kitts (Press Unit in the Office of the Prime Minister) – The Government of St. Kitts and Nevis has committed itself to reducing the high level of imports of goods into the country by improving upon a number of areas. These include increasing the contribution of agriculture, particularly crop and livestock farming and fisheries.

The Government’s position on this issue was outlined by Prime Minister and Minister of Finance, Dr. the Honourable Timothy Harris, when he addressed the nation on Tuesday, August 25, during the popular virtual series forum, Leadership Matters.

The prime minister revealed that an estimated EC$1.5 billion is leaving the country for purchasing goods and services abroad.

“Each of the major GDP indicators is moving in the right direction with the single exception of imports. As we look to the future, we will increase the contribution of agriculture to food security, foreign exchange earnings, employment and growth. The significant investments in agriculture and fisheries since March 2020 will bear fruit in the short and medium term. We have supplied over $5 million of inputs to farmers and fishers to increase their outputs,” Prime Minister Harris said.

Dr. Harris used the opportunity to give public support to the ‘Buy Local’ campaign launched by St. Kitts and Nevis Chamber of Industry and Commerce. He used his post as the leader of the country to urge citizens and residents to purchase locally as often as possible.

Prime Minister Harris said that by supporting local businesses, citizens and residents are reinforcing their commitment to the overall development of St. Kitts and Nevis, particularly as the nation gets ready to celebrate its 37th anniversary of Independence next month, September 19.