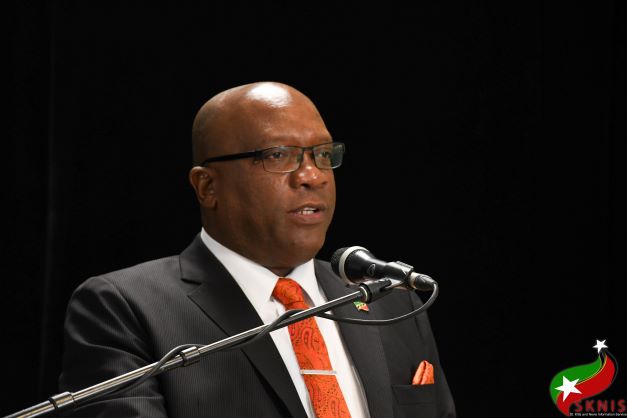 Brantley, on Thursday, June 30, 2022, at one of his monthly press conferences, dismissed the claims that were made by Prime Minister Dr. Timothy Harris at a political rally hosted by the People’s Labour Party on Tuesday, June 14, 2022.

WINN asked Brantley for a comment on the allegations and he said, “I am not aware of that. I had no such indications in 2015. If you realized, I was one of the chief proponents of Team Unity, I campaigned in St. Kitts, I campaigned in Nevis, and he [Timothy Harris] was the person chosen to lead Team Unity.

CCM was led at the time by the Hon. Vance Amory, not by me, so I don’t know what he’s talking about in relation to that.”

Brantley, the former Foreign Affairs and Aviation Minister in the Team Unity Cabinet, however confirmed that he did not support Dr. Harris for the position of Prime Minister following Team Unity’s win in the June 05, 2020 elections.

“…if he were to say 2020, I would say he is right because I said to the team in 2020, let us change directions, and I am not going to resign from that. I do not stand at this podium to mislead anybody. I said let us change gears because I had already seen all the signs exhibited by Timothy Harris.

That position did not find favour and we proceeded to have him again as Prime Minister. It will be for history to judge whether or not I was right because two years later, we see what has happened.”

After only seven years of taking office, Team Unity has fallen. In early March of this year, key Team Unity members started to publicly challenge Dr. Harris on allegations of him secretly coveting a third term as Prime Minister which they say goes against the agreement arrived at in the 2014 Charlestown Accord that he would only serve two terms and pass the baton to People’s Action Movement leader Shawn Richards.

On Tuesday, May 10, 2022, Prime Minister Dr. Timothy Harris, via television and radio, sacked six of his colleagues from their ministerial portfolios including his Deputy, Shawn Richards who was overseas attending a funeral when he got the news. Former Education Minister Jonel Powell was at WINN FM’s studio on May 11, 2022, making an appearance on our Island Tea Morning Show when he received his letter of dismissal as a Minister of Government.

While parliament has been dissolved paving the way for fresh elections in the country within 90 days, Prime Minister Harris is yet to announce the date for polling day.