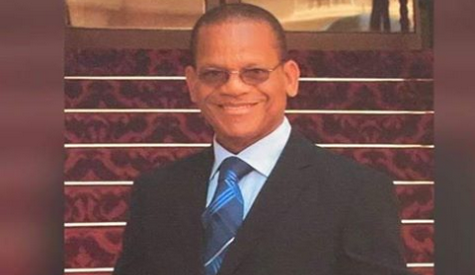 Prime Minister Dr. the Honourable Timothy Harris extends his heartfelt condolences, and those of the Government and people of St. Kitts and Nevis, to the family and loved ones of Mr. Raphael Adonis Archibald MBE, a former Supervisor of Elections, who died yesterday, Wednesday, August 19th, 2020.

“Mr. Archibald was a consummate civil servant who performed very well at the highest levels of government,” the Prime Minister of St. Kitts and Nevis said today, Thursday, August 20th, while expressing gratitude that their paths intersected at formative stages of his own educational and professional development.

“Not only did Raphael Archibald MBE hail from the village of Tabernacle, as do I, he was also my principal in the 1980s at Cayon High School and Basseterre High School. Leading those two esteemed learning institutions with distinction, he shaped many young minds, including mine, and helped to instill a high level of discipline that has carried through to my adult life and political career,” Prime Minister Harris added.

“Mr. Raphael Archibald would go on to shape major policies and procedures inside the Federal Government as an effective and efficient Permanent Secretary, and I was honoured to have him serve in this vital capacity within my Ministry when I was Minister of Agriculture, Lands and Housing,” the Prime Minister also said.

Prime Minister Dr. the Honourable Timothy Harris continued: “Mr. Raphael Archibald played an important role in advising the Government on matters pertaining to land use and housing development, which have long been high priority areas of national interest, and his contributions to nation-building will forever be appreciated.”

The late Raphael Adonis Archibald was awarded for his public service in Her Majesty the Queen’s New Year’s Honours List for 2006, receiving the title of Member of the Order of the British Empire (MBE).

Mr. Archibald MBE subsequently received appointments as Chairman of the National Advisory Electoral Reform and Boundaries Committee (2006) and Supervisor of Elections (2012). He was also the Project Coordinator for the New Horizon Rehabilitation Centre, which officially opened in March 2013.

Prime Minister Harris extends deepest condolences to Mrs. Myrna Archibald, Mr. Raphael Archibald’s wife of 44 years; their children; extended family and friends, as well as to the people of St. Kitts and Nevis who join them in mourning his passing.