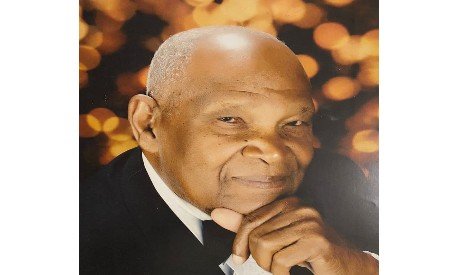 Prime Minister Dr. the Honourable Timothy Harris extends his heartfelt condolences, and those of the Government and people of St. Kitts and Nevis, to the family and loved ones of Mr. Richard Llewellyn Caines CSM, JP. Mr. Caines, who served as Junior Minister of Finance in the People’s Action Movement (PAM) Administration, died shortly after 11:00 pm yesterday, Monday, July 27th, 2020. He was 87 years old.

“Sir Richard Caines was a great inspiration to many people of all ages, both personally and professionally,” Prime Minister Harris said today, Tuesday, July 28th. “He was a very successful businessman, a gentleman, a humanitarian and philanthropist extraordinaire, who was humble, decent, and a sincere and dependable friend to those who were blessed to have him in their lives,” the Prime Minister of St. Kitts and Nevis also said about Mr. Richard Caines.

“I cherished Sir Richard’s friendship and valued his wise counsel, which resulted in us engaging in long talks about life, leadership and our beloved country. I will miss him immensely, but I am heartened that he died peacefully, surrounded by the love and presence of his family — some of whom had come home to be with him in his final days. I know that having the companionship of his children, in particular, touched him greatly and gave him tremendous joy. May his soul rest in peace, knowing how deeply and widely he was loved and admired,” Prime Minister Harris added.

On Thursday, March 20th, 1980, at the opening of the new session of Parliament following the February 18th, 1980 general elections in St. Kitts and Nevis, the Hon. Richard L. Caines was sworn in as a Nominated Member for the People’s Action Movement, attaining ancillary responsibilities in the Ministry of Finance where the Hon. Simeon Daniel, who was sworn in as an Elected Member for the Nevis Reformation Party, was the presiding Minister for that portfolio.

Mr. Caines was a founding member of the People’s Action Movement, which was formed in January 1965. The Democrat newspaper on Saturday, February 17th, 1990, in celebration of PAM’s 25th anniversary, published a front-page photo of the Hon. Richard L. Caines, the Hon. Michael O. Powell, H.E. Dr. William V. Herbert and the Rt. Hon. Dr. Kennedy A. Simmonds (from left to right) with the caption “The Big Four of the People’s Action Movement.”

During an investiture ceremony held at Government House on Tuesday, June 21st, 2016, Mr. Richard Caines was conferred the Companion Star of Merit (CSM) – a National Honours Award – for his contribution to the field of business in the Federation of St. Kitts and Nevis.

Prime Minister Harris extends deepest condolences to Mr. Richard Caines’ children, his extended family, friends, colleagues and the people of St. Kitts and Nevis who join them in mourning his passing.