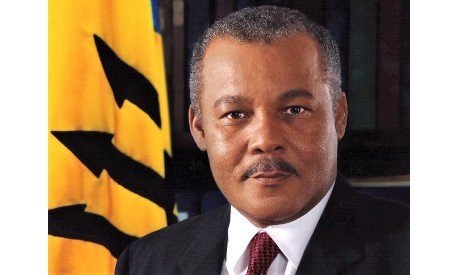 On behalf of the Government and people of St. Kitts and Nevis, Prime Minister Dr. the Honourable Timothy Harris extends deepest sympathies to the people of Barbados and the Caribbean on the passing of the Rt. Hon. Owen Arthur, Barbados’ fifth and longest-serving Prime Minister (September 1994 to January 2008).

The Rt. Hon. Owen Arthur died shortly after midnight this morning at the Queen Elizabeth Hospital in Barbados. He was 70 years old.

In 1983, Mr. Owen Arthur was appointed to the Barbadian Senate. The next year, Mr. Arthur became an elected representative in the House of Assembly, where he served the constituency of St. Peter as a member of the governing Barbados Labour Party (BLP).

“As Prime Minister of Barbados, the Rt. Hon. Owen Arthur had the lead responsibility for the Caribbean Single Market and Economy (CSME), and he continued to be a tireless advocate and champion for progress and economic integration in the Caribbean right up to the end of his remarkable life,” the Prime Minister of St. Kitts and Nevis added.

In January 2020, the Rt. Hon. Owen Arthur was announced as the new Chairman of LIAT’s Board of Directors. In late 2018, he was appointed Professor of Practice at the University of the West Indies, with responsibility for overseeing Economics of Development at the UWI Cave Hill Campus.

The late Prime Minister’s economic policies have been praised for significantly reducing unemployment in Barbados. Reduction in unemployment from more than twenty (20) percent in 1994 to just over nine (9) percent by the year 2000 was attributed by many to economic reforms instituted by his administration.

The Prime Minister of St. Kitts and Nevis extends heartfelt condolences to the Rt. Hon. Owen Arthur’s wife, Julie, his daughters, Leah and Sabrina, and his extended family.