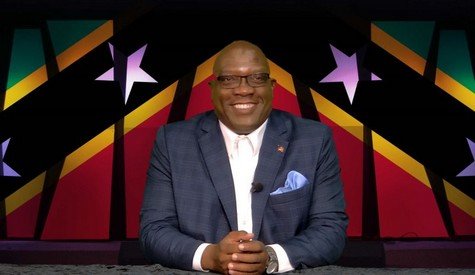 St. Kitts and Nevis (WINN): In the last edition of the program Leadership Matters for the year, Prime Minister the Hon. Dr. Timothy Harris reflected on the impact the show has made on policy and policy changes since its inception in 2020.

“Very often on this program for example we hear concern regarding the cost of Healthcare and we are mindful that Team Unity is working vigorously on a National Health Insurance scheme and that is yet to reach the point of fruition,” said Dr. Harris during his opening remarks during the broadcast on December 21.

One of the major areas highlighted were the shortcomings in the healthcare system, which the Prime Minister said are being addressed, especially with the passing of the Appropriation Bill for 2022 and the inclusion of the first MRI machine in St. Kitts and Nevis.

“As a result of the ongoing concerns we have been able in [the 2022 budget] to include measures that would bring major relief to the citizens and residents taking health services at our main hospital. In this regard, I want to make reference to the cost of hemodialysis treatment and cancer treatment which we propose in 2022 to reduce significantly by 50 percent.”

Dr. Harris also mentioned the various income support programs, including the Poverty Alleviation Program, continuing in 2022 as another policy affected by Leadership Matters.

In his remarks, Levi Bradshaw, the Accountant General, addressed the plans for a public sector investment program outlined in the budget for 2022.

“The budget also provides substantial resources for the implementation of a comprehensive public sector investment program which is geared toward stimulating the economy and promoting economic growth through a number of capital projects totalling well over EC$180 million.”

While the Prime Minister and Mr. Bradshaw spoke of the investment in St. Kitts and Nevis, the 2022 budget represents some callers who had some concerns with the budget.

A caller to the program had a question about a gap between the Capital Expenditure/Net Lending and the Total Recurrent Capital and Net Lending charges on the consolidated fund and the Total expenditure in the 2022 EC$952.2 million budget.

The Prime Minister explained that the gap, EC$104 million, includes expenditures that do not need to be voted on and can simply pass over to the next year’s budget estimates and stated some of the items that make up that gap.

Another caller asked about housing options, especially for new homeowners who are just starting.

“We have put forward EC$10 million to assist the National Housing Corporation in financing its own program for housing development. Before now, the resources for the NHC would have come from its own collections of receivables and substantially from loans, from Social Security and from other agencies,” said the Prime Minister.

“In the budget for 2022… we have committed at least EC$10 million will be made available on a grant basis that is… donating, giving it to the NHC for it to get up to speed with the delivery of housing solutions to our people.”

Dr. Harris also mentioned that private housing development options would be coming on stream in the near future. The government also assists those who go through that route with the first time homeowner duty-free concessions afforded by the government on building materials.