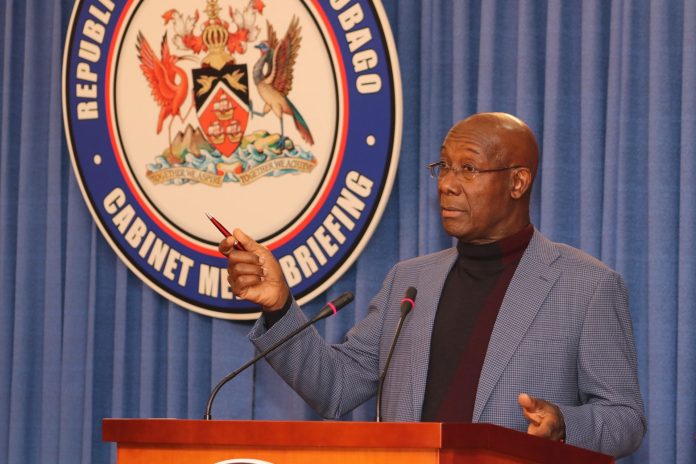 (Trinidad Guardian) If it turns out that school-age students aren’t vaccinated in significant numbers due to the “conspiracy theories” around or worried parents, Government may very well have to have a parallel education system with virtual as well as face-to-face classrooms.

Prime Minister Dr Keith Rowley yesterday gave this as an example of possibilities Government may have to explore if vaccinations, where students are concerned, do not reach the levels they are hoping for.

He made the comment during a conversation with former UNC MP Bhoe Tewarie, during Tewarie’s “Brighter Morning with Bhoe” programme on MCTV, which was also carried on TTT.

Rowley felt the amount of vaccine hesitancy currently noted in T&T was due to people who felt the virus wasn’t as serious as Government was saying. He said a “significant cacophony of voices” felt it was being overplayed for some ulterior motive by Government and others felt they had to “put their finger in the wound to feel.” He said T&T had expected the worst and some believed they could get by without respecting the threat of the virus.