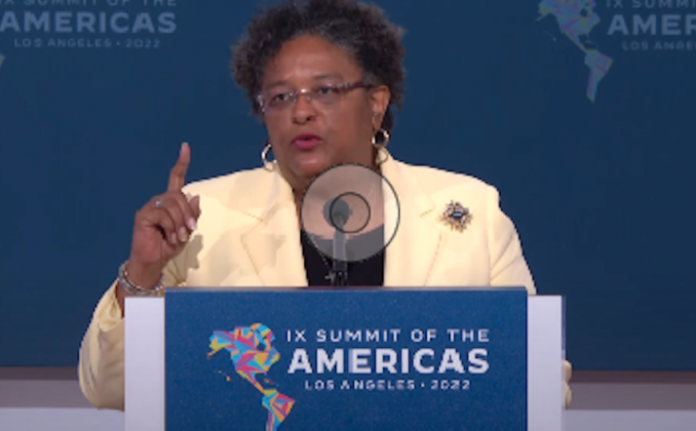 by Sandy Deane (Barbados Today) Prime Minister Mia Mottley has broken her silence on the exclusion of Cuba, Venezuela and Nicaragua from the ninth Summit of the Americas, not only criticising the decision but urging the leaders of the three missing countries to put people before ideology.

Speaking on Friday on the final day of the four-day summit held in Los Angeles, California, Mottley joined other Caribbean Community (CARICOM) leaders who rebuked the United States government for its refusal to invite the leaders of the three nations.

“It is wrong that Cuba, Nicaragua, Venezuela are not here,” she declared.

President Joe Biden who hosted the hemispheric meeting had barred them from attending – a move that experts suggest cast a cloud over meaningful US relations with other countries in the Americas – because of his government’s concerns about human rights violations and a lack of democracy.