PM’s Explanation of His Comment is ‘Utter Rubbish’ — Lawyer 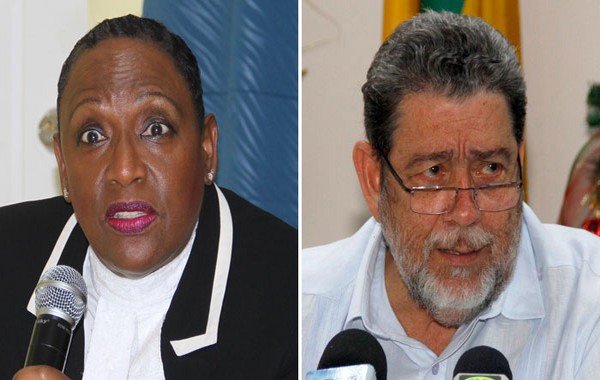 (iWitness News) Lawyer Kay Bacchus-Baptiste says Prime Minister Ralph Gonsalves presumption of what the opposition would have said were its members involved in the April 13 shooting in Diamond amounts to a defence of the alleged offenders.

She said on NICE Radio on Monday that his subsequent attempts to present it as anything else is “utter rubbish”.

Ashelle Morgan, a lawyer and senator for Gonsalves Unity Labour Party and Assistant Director of Public Prosecution, Karin Nelson, are “persons of interest” in the shooting of Cornelius John, 60, at his home Commissioner of Police, Colin John told iWitness News last week.

The shooting victim told iWitness News that he was shot after three persons — two unknown men, and a woman he recognised as a resident of the village — went to his house last week.