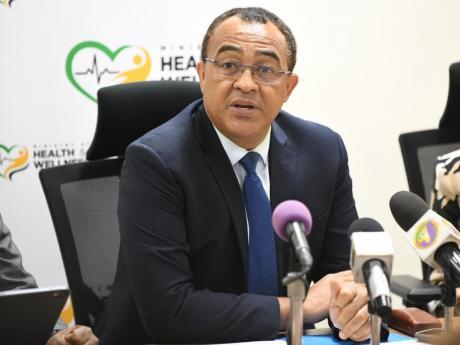 by Brittny Hutchinson (Jamaica Observer) THE Opposition People’s National Party (PNP) on Friday reiterated its call for the resignation of Minister of Health and Wellness Dr Christopher Tufton, while ordering that a full audit be provided for all hospitals across the country.

The call, which was made during a press conference at the Office of the Leader of the Opposition in St Andrew, pointed to the revelation that 12 babies died from a bacterial outbreak at Victoria Jubilee Hospital (VJH) in Kingston.

Seven babies died at the end of July, two died in August, another two in September, and one in October.

Opposition Leader Mark Golding described the situation as appalling, charging that there seemed to have been a concerted effort to not have the matter come to the public’s attention.

“The large number of mortalities of death that occured in July did not result in information flowing to the public, and indeed we are even told that the prime minister himself was kept in the dark for a long period of time, and indeed it was not until the whistle was blown recently within the last few days that this matter came to the public’s attention,” he said.