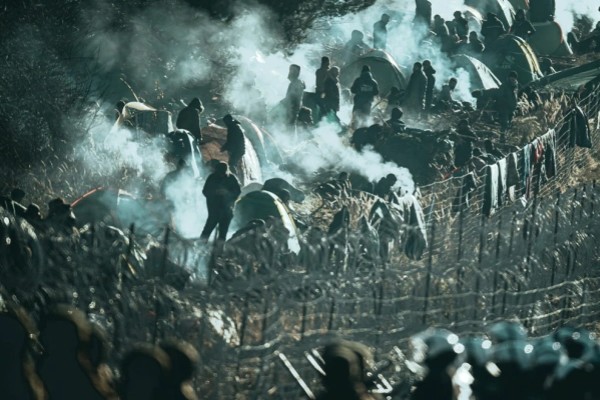 (Al Jazeera) Poland has detained hundreds more migrants and refugees who attempted to enter the country from Belarus overnight and deployed 3,000 extra soldiers to strengthen the border.

Polish Defence Minister Mariusz Blaszczak told broadcaster PR1 on Wednesday that it was “not a calm night”, as he reported “many attempts to breach the Polish border”.

Some tried to break through a barbed-wire fence using spades and other tools, but were repelled by Polish security forces.

Crowds of people have gathered in subzero temperatures near the Belarus-Poland frontier in recent days hoping to cross into the European Union nation, bringing a simmering months-long border crisis to a head and prompting flashbacks of the 2015 refugee crisis.

Polish radio station RMF said about 200 people tried to breach the border on Tuesday afternoon, and a second group of 60 people made an attempt after midnight.

Blaszczak said all who attempted to cross were detained, and that the force of Polish soldiers stationed in the area had been strengthened to 15,000 from 12,000.

Hundreds are camped along the border, a fraction of the estimated 4,000 migrants and refugees gathered in areas near the frontier, including nearby forests.