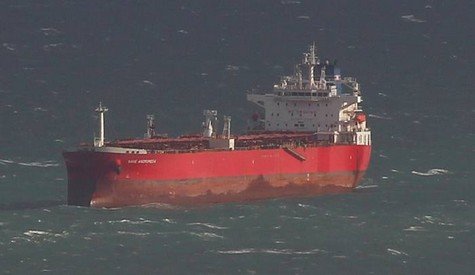 SOUTHAMPTON, England (Reuters) – Seven men have been arrested on suspicion of seizing control of a ship, British police said on Monday after special forces stormed an oil tanker under threat from a group of stowaways the previous evening.

The tanker’s operator thanked the British authorities, saying help was requested after seven stowaways who had boarded in Lagos, Nigeria, turned hostile.

Troops from the Special Boat Service, Britain’s elite naval special forces unit, boarded the Greek-operated Nave Andromeda near the Isle of Wight off southern England after the master of the ship said he was concerned about the safety of his crew.

“The seven men have been arrested on suspicion of seizing or exercising control of a ship by use of threats or force,” police said. The men are in police custody.