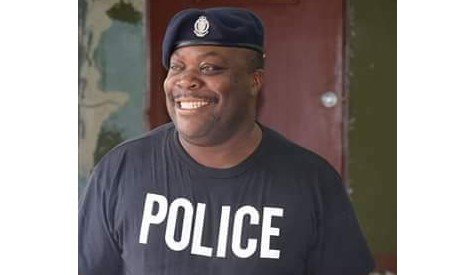 Basseterre, St. Kitts (RSCNPF): It was with profound sadness that the High Command and rank and file of The Royal St. Christopher and Nevis Police Force learned of the passing of Constable Wayne Joseph Maccou on Saturday, August 01, 2020.

Born on September 05, 1973, Maccou hailed from the community of Sandy Point. He enlisted in the Police Force as a Special Constable in 1995 and was sworn in as a Constable in October 1998. He worked in several units and departments within the Force, but his last posting was with the Special Services Unit (SSU). Having served his country for close to 25 years, Maccou demonstrated a passion for the profession.

As a former head of the SSU, Assistant Commissioner of Police (ACP), Adolph Adams, worked with Constable Maccou for almost 10 years. ACP Adams described him as one of the Force’s bravest and most courageous members.

“Constable Wayne Maccou was a dedicated officer who served his Federation with distinction, professionalism and compassion. He was well-liked among his peers and throughout the communities he served. Our hearts were broken by the shocking news of his passing. He will be sadly missed by all of us, but will be remembered for his unwavering dedication and commitment to law enforcement. He loved his wife and his family dearly,” the ACP said.

On behalf of the organisation, the High Command offers condolences to the family and friends of the late Constable Wayne Maccou during our time of grief. We salute you for your years of distinguished service.