Police in Minnesota Round up Journalists Covering Protest, Force them on the Ground and Take Pictures of their Faces 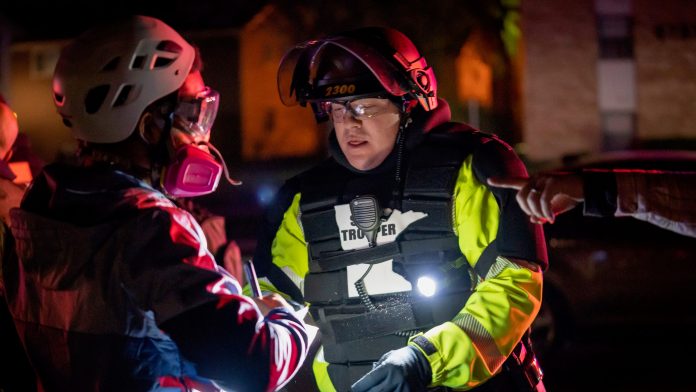 USA TODAY – Journalists covering a protest in a Minneapolis suburb Friday night were forced on their stomachs by law enforcement, rounded up and were only released after having their face and press credentials photographed.

The incident occurred hours after a judge issued a temporary order barring the Minnesota State Patrol from using physical force or chemical agents against journalists, according to court documents. It also barred police from seizing photographic, audio or video recording equipment, or press passes.

Minnesota State Patrol on Saturday said in a statement, “troopers checked and photographed journalists and their credentials and driver’s licenses at the scene in order to expedite the identification process.”

While some journalists were “detained and released during enforcement actions after providing credentials, no journalists have been arrested,” MSP said.

Demonstrators gathered to protest the death of Daunte Wright in Brooklyn Center, Minnesota, where the 20-year-old Black man was fatally shot by a white police officer during a traffic stop Sunday.

Approximately 500 protesters were marching peacefully until around 9 p.m. when an incident triggered police to start using chemical irritants such as tear gas, pepper balls and projectiles, Jasper Colt, a photojournalist with the USA TODAY Network, reported.