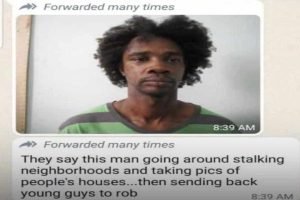 Most notably is a recent report alleging that students of the Maurice Hillier Primary School were reprimanded by the school after the children were solicited by an unknown male during lunchtime this week.

WINN was informed that the matter had been reported to the Special Victims Unit (SVU).

The school did not confirm or deny whether the children involved in the matter were reprimanded.