Police probing allegations of death threats made among students at CSS 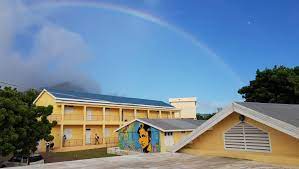 St. Kitts and Nevis (WINN): Police have set the record straight on allegations circulating that a student was in possession of a gun on the premises of the Charlestown Secondary School (CSS) during an altercation among students where threats were made.

“The Royal St. Christopher and Nevis Police Force would like to make it clear that investigations so far indicate that none of the students had a firearm nor was a firearm found on the school’s premises,” a statement from the police said.

Police have met with the management of and guidance counsellor at CSS in addition to officials from the Social Services Department and Child Protection and Probation Services following a report of serious threats made among several students during an altercation on October 27, 2021.

The statement further revealed that parents with the students involved in the matter were engaged by the police, the guidance counsellor at the school, and officials from the Social Services Department and Child Protection and Probation Services.

This statement comes on the heels of allegations that went viral on social media last week that a student threatened to kill some of his classmates with a gun.

In an effort to seek confirmation on the allegations made, WINN contacted the Royal St. Christopher and Nevis Police Force on November 08 and was informed by a senior police officer that no gun was found on the premises of the Charlestown Secondary School.

However, the senior cop confirmed that a student did threaten to kill some of his classmates and that they are currently investigating the matter.

According to the police, the child has since been taken out of school and now temporarily resides in St. Kitts with family.

Police say investigations into the matter are ongoing.