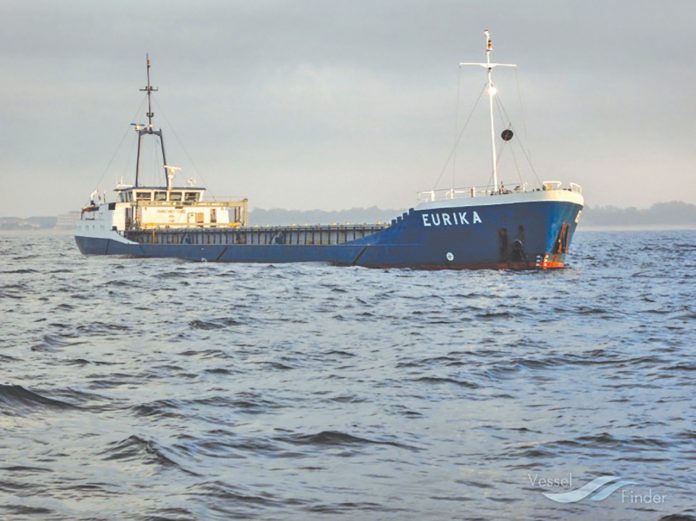 (Demerara Waves) Guyanese police say that they have launched a probe into the seizure of the ammunition aboard the purportedly Guyana-flagged vessel in Dakar, Senegal.

Police say they are working with Regional and International Law Enforcement agencies and has alerted the INTERPOL General Secretariat.

Guyanese police say they want INTERPOL to assist with the questioning of one Suneil Kumar, Chief Executive Officer of International Maritime Safety Agency of Guyana that is involved in the registration of motor vessels.

After news surfaced that US$5 million worth of ammunition was found aboard the MV EOLIKA and that it was bearing the Guyana flag, the Maritime Administration (MARAD) of Guyana has already said that it cut all ties with that entity last year.

“The vessel in question is not contained in the local ships’ registry and it is believed that registration documents were issued by International Maritime Safety Agency of Guyana (IMSAG), an entity with which the administration had severed all ties since 13th August, 2021,” MARAD said in a statement late Thursday night.

MARAD made known its position after number of vessel-tracking systems show that the MV Eolika was due to arrive in Guyana from Dakar, Senegal on January 28, after passing through the Caribbean.

Already, MARAD said it has since notified all regional, and international bodies and organizations of the effective termination of all arrangements with IMSAG, and advised of the veracity of registration certificates issued to vessels by IMSAG. “As a result, several vessels have been detained in various ports for false registration documents. MARAD assures that it will continue to actively monitor this incident, and will spare no effort in protecting the image of the Guyana flag,” the maritime regulator said.