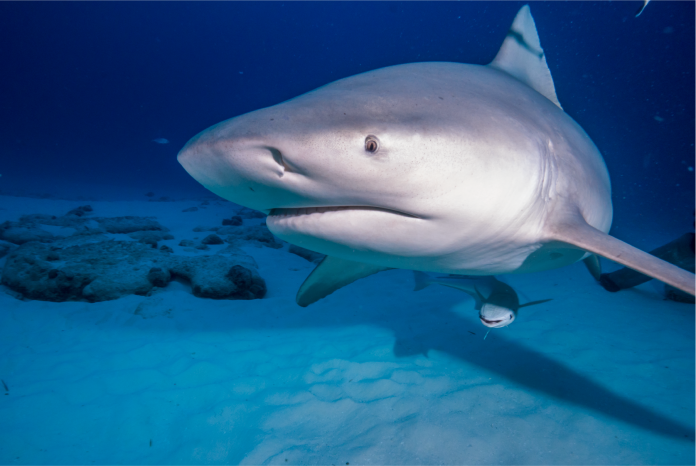 NASSAU, Bahamas (AP) — A shark attacked and killed a US cruise ship passenger who was snorkeling in waters around the Bahamas on Tuesday, according to authorities.

The incident involved a 58-year-old woman from Pennsylvania and occurred at a popular snorkeling spot near Green Cay in the northern Bahamas, police spokeswoman Chief Superintendent Chrislyn Skippings told The Associated Press.

Skippings said the woman’s family identified it as a bull shark.

Royal Caribbean International said in a statement to the AP that the person died after arriving at a local hospital for treatment and that the company is helping their loved ones. They said the guest was participating in an independent shore excursion in Nassau and had been sailing on Harmony of the Seas, which is on a seven-night trip after departing Florida on Sunday.

The majority of shark attacks in the Caribbean have occurred in the Bahamas, with two reported in 2019, one of them fatal. That incident involved a Southern California woman who was on vacation and was attacked by three sharks near Rose Island, located just a half mile from where Tuesday’s attacked occurred.

In December 2020, a fatal shark attack was reported in the French Caribbean territory of St Martin, the first such incident in that region.

Overall, at least 32 shark attacks have been reported in the Bahamas since 1749, followed by 13 attacks in Cuba during that time period, including one in 2019, according to the Florida-based International Shark Attack File.

Michael Heithaus, a marine biologist at Florida International University in Miami, said in a phone interview that the high number of attacks in the Bahamas is likely linked to the fact that there are a lot of people in the water in that area and that it has a robust marine ecosystem.

He said the Bahamas has a variety of shark species, the majority of which do not pay attention to people, except for bull sharks and tiger sharks.

“They get to very large sizes, and they eat big prey,” Heithaus said, adding that sharks have incredible sensory systems and can be attracted to food, sounds and smells in the water.

Worldwide, there were 137 shark attacks last year, 73 of them unprovoked, according to the International Shark Attack File.