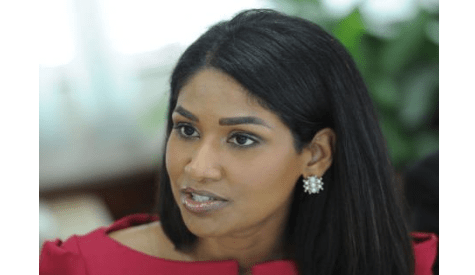 (Jamaica Gleaner) The police say they have widened their investigation into the award of contracts involving St Ann South Eastern Member of Parliament, the People’s National Party (PNP’s) Lisa Hanna and her husband Richard Lake.

However, the Counter-Terrorism and Organised Crime (C-TOC) branch says it has been having problems locating key witnesses in the matter.

The update from the police follows Gleaner revelations last week that the Director of Public Prosecutions has ruled out criminal charges against Hanna but recommended prosecution for Joan McDonald, an executive in her constituency office.

Lake, the DPP said, should be charged if the police collect a statement from McDonald in which she maintains her claim that he persuaded her to make false statements to the Office of the Contractor General.

The DPP’s July 2019 ruling followed a 2017 referral from the then Contactor General Dirk Harrison who had investigated allegations of impropriety and corruption at Hanna’s constituency office and the award of contracts by the St Ann Municipal Corporation.