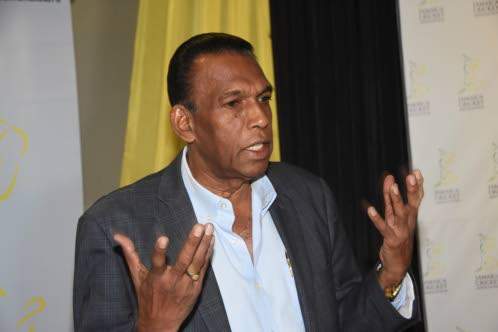 (Jamaica Observer) Contending parties are lashing out at each other after Sunday’s bizarre postponement of the Cricket West Indies (CWI) leadership election.

CWI presidential challenger Anand Sanasie is accusing incumbent Ricky Skerritt of not adhering to due process, which he said caused the no-show of some shareholder representatives at the virtual annual general meeting (AGM).

However, Jamaica Cricket Association (JCA) boss Wilford “Billy” Heaven, a CWI director and ally of Skerritt, fired back, arguing that the absence of the representatives was an indication of mounting political tension in regional cricket.

Sanasie, the Guyana Cricket Board (GCB) secretary, and Calvin Hope of Barbados Cricket Association (BCA), are seeking to unseat the Kittitian Skerritt and Vincentian Dr. Kishore Shallow for the respective CWI posts of president and vice-president.

Skerritt has served a two-year term as president after beating Jamaican Whycliffe “Dave” Cameron for regional cricket’s top job in 2019.