Political parties express confidence on the eve of August 5 poll 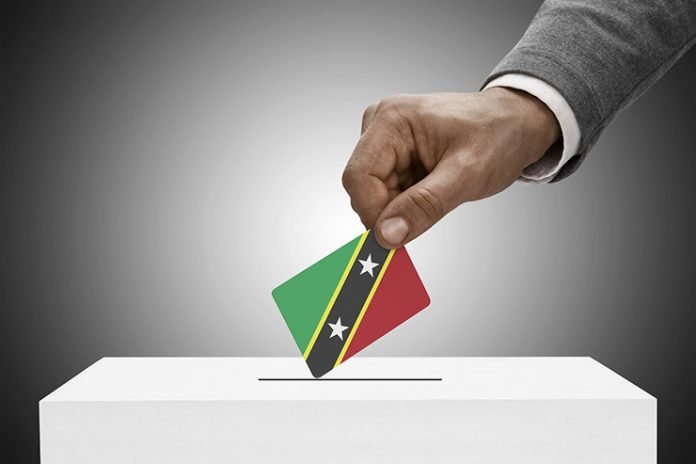 For the past three months, political parties have been detailing their plans for the country in areas of health, education, crime reduction, poverty alleviation, and affordable housing.

Prime Minister Dr. Timothy Harris and his People’s Labour Party (PLP), the youngest party in the arena, remain confident of a victory at the polls on Friday referencing a projection by regional pollster Donald Anderson of Market Research Services Limited suggesting a possible win for the PLP. Peter Wickham, another regional pollster, also said a win for PLP is possible stating that it is more of an election between PLP and the St. Kitts Nevis Labour Party (SKNLP) excluding the People’s Action Movement (PAM) from the race.

PAM immediately slammed Wickham’s projection suggesting inaccuracy against the backdrop of his wrong projections for the general elections in Grenada and St. Lucia. PAM in a statement said, “voters have expressed their satisfaction with the positive style of campaigning that PAM has undertaken as their candidates focus on the programs and policies that will guide their vision for the country.

PAM explained that their confidence in victory is not only influenced by the positive responses and interactions with voters across all 8 constituencies in St. Kitts, but also by credible scientific polling. PAM, which held 4 seats in the last parliament, is still on course to retain those constituencies and will be successful in others.” The statement further said, “in examining that pundit’s recent tainted record, the inaccuracies in his predictions were glaring, misleading, and seemingly not in tune with the reality that was on the ground in those countries.”

The SKNLP, the oldest party in the arena, say they are confident of a win at the polls on Friday stating that they present the best slate of candidates for the electorate to choose from.

On Nevis, Anderson said there may be a shift in the political landscape. He said the Nevis Reformation Party (NRP) is in ‘pole position’ to take two of the three National Assembly seats on the island but local political pundits say NRP may just recapture the Nevis 11 Constituency which is being contested by its leader Dr. Janice Daniel-Hodge. The incumbent Concerned Citizens Movement (CCM) led by  Mark Brantley says he is confident that the Nevisian electorate will return all three seats to his CCM party.

The Moral Restoration Movement (MRM) led by Samuel Caines has also expressed confidence in winning their seats on Nevis.

Polls open on Friday, August 05 at 7 a.m. and close at 6 p.m. There are 34 candidates seeking election representing six political parties. There is only one independent candidate.