Political parties on Nevis meet and greet Nevisians in the diaspora 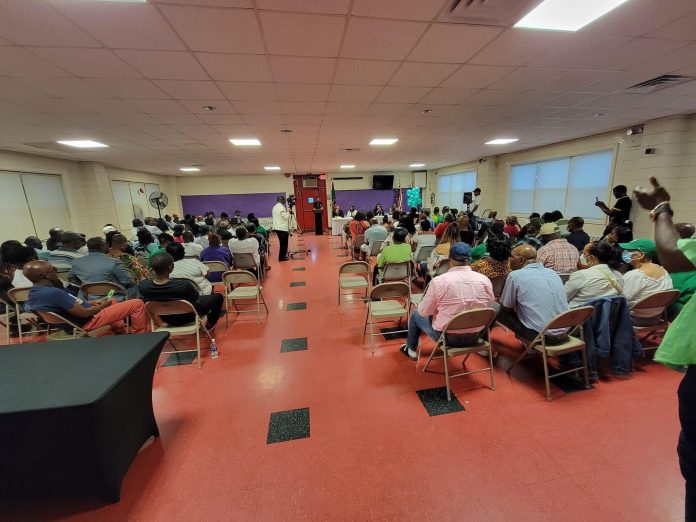 St. Kitts and Nevis (WINN): Delegates of the Nevis Reformation Party (NRP) met with more than 150 Nevisians in the diaspora to share the party’s vision for the island of Nevis.

At a town hall meeting held in Bronx, New York on Sunday, September 04, 2022, the NRP presented its priority areas and plans for an improved Nevis, which include healthcare, poverty alleviation and education. The attendees were also given an opportunity to ask questions.

The town hall meeting was followed by a meet-and-greet event. The NRP has since expressed appreciation to Nevisians in the diaspora for the contributions they continue to make towards the development of Nevis.

Meanwhile, Premier and Leader of the Concerned Citizens Movement (CCM) The Hon. Mark Brantley also had an opportunity to meet and greet Nevisians in New York.

Political parties usually solicit the vote of overseas voters to get an added advantage on Election Day. This has always been a topic of major public discourse during the election campaign season.

The Nevis Reformation Party and the Concerned Citizens Movement are preparing for the upcoming Nevis Island Assembly Elections which is constitutionally due in March 2023. However, critics believe that the election will be held later this year.