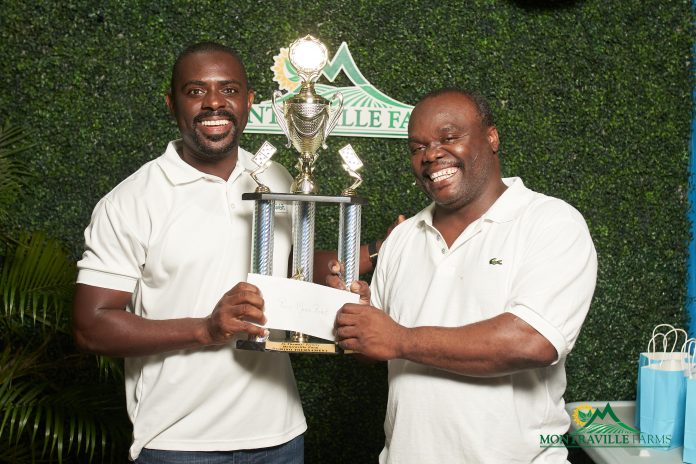 The brief ceremony saw the distribution of thousands of dollars in cash and prizes including the coveted first place trophy to Poor Man’s Pocket Domino Club, which took home a cheque for $1500.00 as well as several individual prizes including the  ‘Highest Scoring Female Player’.

Samal Duggins, who had the honour of presenting the prizes on behalf of title sponsor, Montraville Farms, recorded his gratitude to the participants, the organizing committee and the domino enthusiasts who supported the tournament throughout its three-month run.

Duggins also handed out tokens of appreciation to the committee members including committee chairman, Cuthbert “Cutie” Caines, who ably hosted the ceremony.

The tournament returns later this year.